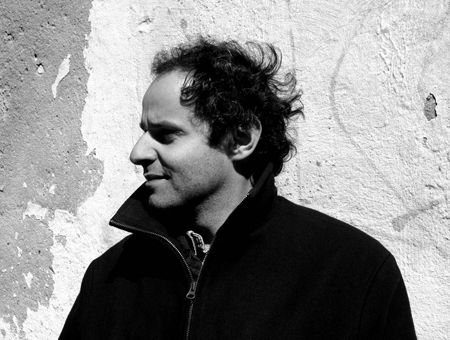 Lebanese composer and plastician, born in 1967

Born in Lebanon in 1967 in the field of contemporary Arabic theater, Zad Moultaka, composer and visual artist, composes and paints since childhood.

He began playing the piano at the age of five and continued his studies at the Beirut Conservatory with Madeleine Médawar. In 1984, driven out of the war, he moved to Paris where he received the teaching of Marie-Madeleine Petit, Pierre Sancan, Aldo Ciccolini, Bruno Rigutto, Marie-Françoise Buquet and Christian Ivaldi. He obtained a few years later two first prizes unanimously (piano and chamber music) at CNSMDP in Paris and began a brilliant career as a soloist.In 1993, however, Zad Moultaka voluntarily put an end to this piano career to devote himself to composition and painting.

For a long time musical projects have left behind the visual arts. Yet in 2011, he is invited to participate in the exhibition Rebirth organized by Janine Maamari in the Beirut Exhibition Center. This moment coincides with a turning point in his artistic life where the expression that takes shape in concrete materials (textures, pigments, liquids …), pushes him to experiment another form of struggle and to operate a transmutation of matter. This shift, announced by the scenographic concern and staging of an opera and several complex musical pieces, allows him to reconcile in himself deep, latent, antagonistic tendencies, to question the boundaries between visible and invisible. To seek what one does not see, its corporality, its frames through which the world becomes visible, the flesh from which the object is born …

The Janine Rubeiz gallery which represents him in Beirut, dedicates in 2013 a monographic exhibition “Le Feu de l’Eau”. His works are noticed at the Beirut Exhibition Center and at the Dubai International Art Fair.

In 2015, Emmanuel Daydé becomes the curator of Come in Terra, an important group of unpublished works exhibited at the Palazzo Albrizzi in Venice, during the Biennial of Contemporary Art.

In the autumn of 2016, new works are shown at the Fondation de l’Ermitage, in Garches (the Astres Fruitiers series ) as well as two installations: one at the Institut du Monde Arabe in Paris, the other one in Paris, October 1st, as part of the artistic event of great magnitude in Paris, Nuit Blanche,  with the partnership of IRCAM.

In 2017, several major events reinforce the international position of Zad Moultaka, red wire composer of the Musica edition of the year: participation at Art Dubai in the Arab Emirates, major exhibition at St Pierre-aux-Nonnains at the Arsenal of Metz , design and realization with « ŠamaŠ » sound and plastic installation for the Lebanese Pavilion, Biennial of Art of Venice, Italy (May – November 2017) …

2018 is marked by the homelessness of ŠAMAŠ SOLEIL NOIR SOLEIL  in Beirut, Lebanon at the Sursock Museum (June 2018), then at Suomolina Helsinki, Finland (August – October, 2018). He still participates in Nuit Blanche in Paris with the Premiere Nuit du Temps. He is invited by the Centre Pompidou-Metz for an installation as part of the exhibition “Peindre la Nuit”, after having conceived “Don’t Fall / Because who ever fell will fall for good” in the dome of Oscar Niemeyer of Tripoli (September – October 2018).

The Epic Gilgamesh marks a turning point in his musical work: in coproduction with the ensemble Mezwej, the Onassis Cultural Center  in Athens and the Metz Music City, he brings together Greek musicians of double culture and baroque musicians in an astonishing crossing of the shadows and memories.

Zad Moultaka develops plastic and musical artistic projects, bridging between his two cultures, decompartmentalizing the genres, always guided by the necessity and the artistic urgency of the great creators.