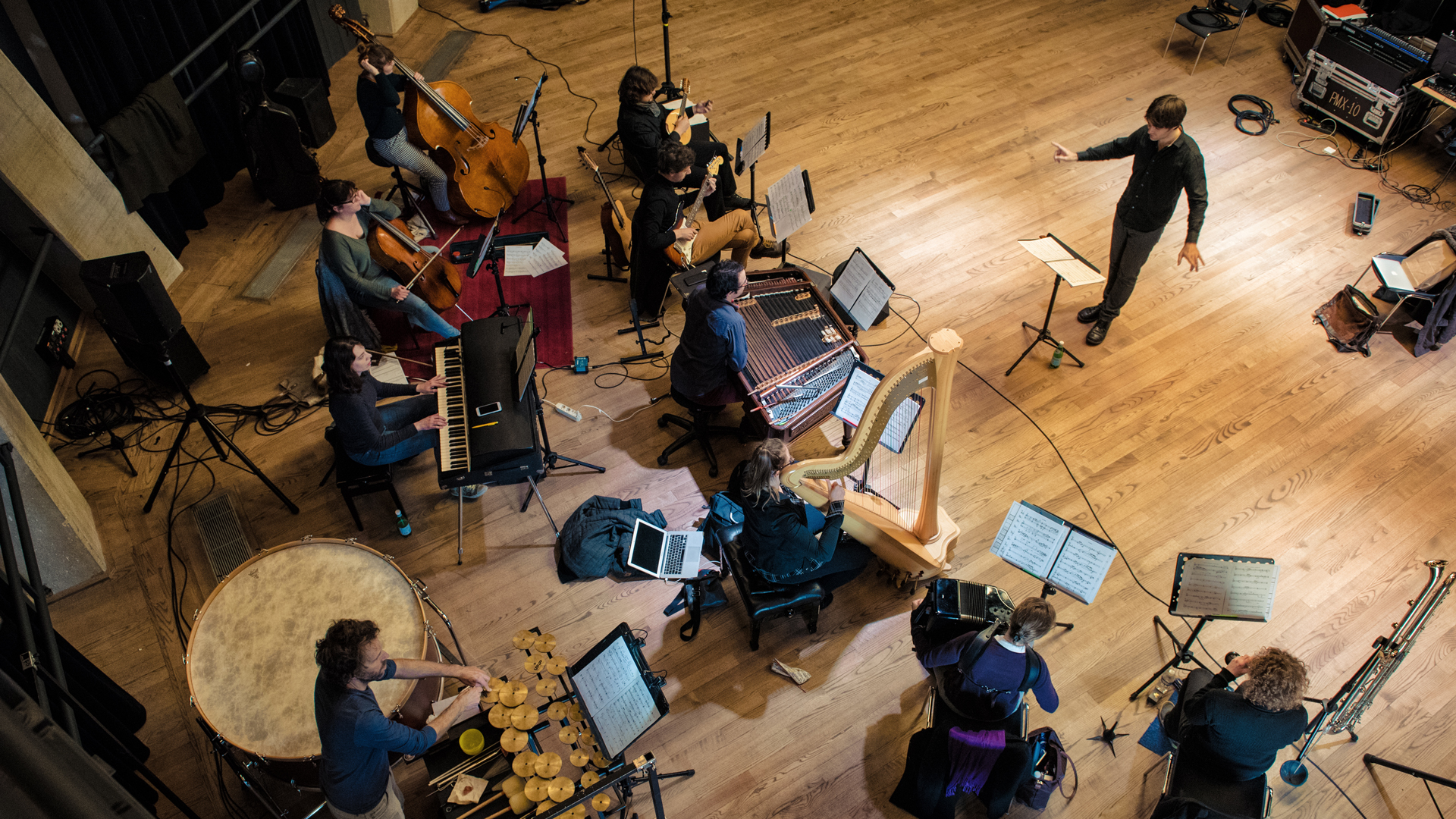 C Barré, an instrumental ensemble under the artistic and musical direction of Sébastien Boin, is the result of a meeting between 12 musicians. This singular group, currently associated with the gmem-CNCM-marseille, is made up of rich, passionate personalities deeply invested in the creation and diffusion of the contemporary repertoire.

The predominance of plucked strings, as well as instruments whose use was only exceptional until recently, gives the ensemble a very distinct personality within today’s musical landscape. Based in Marseille, which is both the first port and the oldest city in France, it is easy to notice C Barré’s regular attachment to composers from the Mediterranean basin.

Wishing to share its taste for creation with an ever-wider public, C Barré undertakes numerous awareness-raising actions. In this sense, the ensemble devotes part of its work to the training of young audiences, essential to the development of contemporary music. Among these, the Ensemble launches in 2021 its itinerant project Palimpseste for which it carries out musical walks in rural or urban areas, the result of real surveys conducted in each territory, at the end of which the inhabitants and musicians of C Barré meet on stage for participatory creations.

In recent years, the Ensemble C Barré has performed at the Philharmonie de Paris, the Festival d’Île de France, Radio France, the Printemps des Arts de Monte-Carlo, the Festival Les Musiques, and the World Puppet Theater Festival, at the Dunois Theater, at the Festival En Ribambelle of the Massalia Theater, at the Quincena Musical of San Sebastián… He participated in 2020 at the Festival Éclat of Stuttgart with the Neue Vocalsolisten, at the Manifesto Festival of Ircam, at the Festival of Bilbao and reMusik.org. He will give pride of place to the new generation of European composers, in particular through a co-production of a programme of new works with Ircam-Centre Pompidou (postponement of the concert to March 2021).