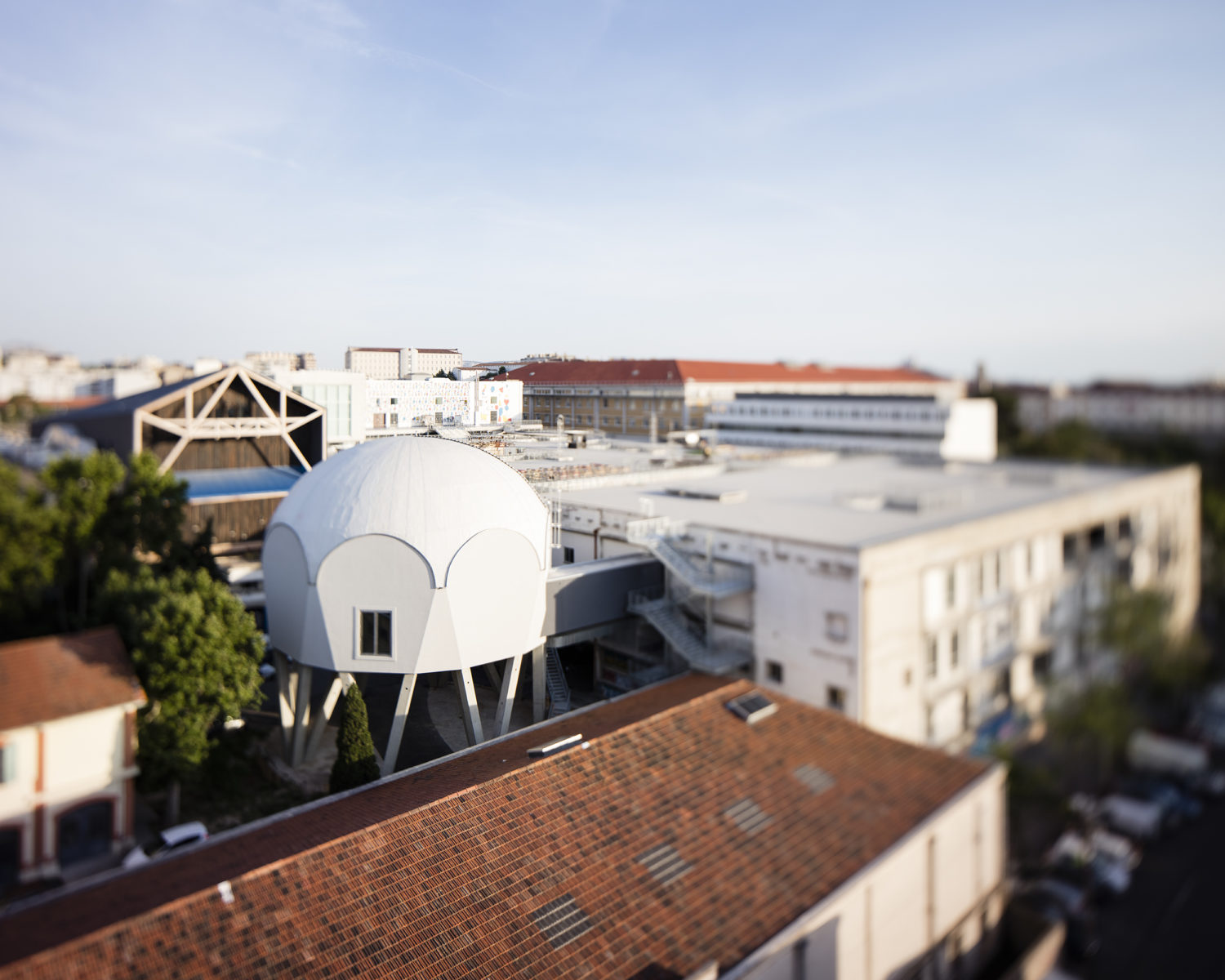 Since 2013, the Ensemble C Barré has been associated with the GMEM, founded in 1972 by a group of composers including Georges Boeuf, Michel Redolfi and Marcel Frémiot, which was awarded the National Center for Musical Creation label in 1997, and whose missions are defined in the specifications of the Ministry of Culture and Communication.

The GMEM’s missions are defined in the specifications of the Ministry of Culture and Communication. It covers a wide range of aesthetics, from mixed, electronic and electroacoustic music to vocal and instrumental music, whether written or improvised, and is committed to supporting musical creation through the production of shows, and through its educational, teaching and training activities.

It shares all its activities during regular presentations to the public: concerts, installations, meetings, residency outings … and also during the festival “Les Musiques” [33 editions from 1987 to 2019] in which the Ensemble C Barré took part regularly, replaced since by “Propagations” which takes its place in 2021.

The Ensemble C Barré and the GMEM have to date numerous large-scale co-productions. Among them :

– The Mécaniques de l’Intuition program [co-production with Ircam], performed on March 18, 2021 in the Grande Salle of the Centre Pompidou as part of the Ircam/Les Spectacles vivants-Centre Pompidou season.

– The recording of Frédéric Pattar’s Monographie, Peephole, available on the label L’empreinte digitale.

– The program Joint Adventure in collaboration with the vocal ensemble Neue Vocalsolisten of Stuttgart, performed on February 9, 2020 at the Eclat festival in Stuttgart, and on March 8, 2020 in the foyer of the Opéra de Marseille, as part of the Matins Sonnants.

– The Eclat program in collaboration with the International Contemporary Ensemble [ICE] of New York, performed at the Grand Plateau of the Friche La Belle de Mai during the 2018 Les Musiques festival.