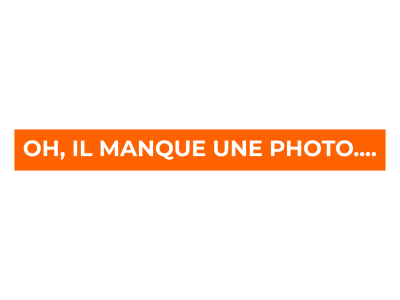 The Ensemble C Barré, in addition to producing and broadcasting concerts and shows, devotes a significant part of its activity to large-scale artistic and cultural education.
ORCHESTRA AT THE SCHOOL OF THE BUSSERINE [2021-2024]

Supported by the City of Marseille, the Town Hall of the XIIIth and XIVth arrondissements, the SACEM and the national association “Orchestre à l’École”, the Ensemble C Barré is joining forces with the Busserine primary schools (XIVth arrondissement) to create an Orchestre à l’École (School Orchestra) from the start of the 2021-2022 school year, which it will accompany over a three-year cycle (CE2, CM1, CM2).

For the Ensemble C Barré, this desire to carry out this School Orchestra project is part of the extension of a strong presence in the Greater St. Bartholomew’s area, with the projects Météoriques [2016-2018], Galéjades [2018-2019] and Ballade des Monstres Perdus [2019-2021] in partnership with the Pythéas secondary school [writing the libretto and setting the music] and the Busserine, Vayssière I and II schools [alongside classes of 6e, performance of songs from the musical by CE2, CM1 or CM2 schoolchildren on the ZEF stage in 2018-2019 with the support of DUMI students from the CFMI].

Designed to adapt to the territory in question, to respond to its problems and to enhance its specific features, the Orchestre à l’École scheme is based on the collaboration of the French Ministry of Education and a musical ensemble dedicated to the creation of artistic and cultural education projects.
For the Busserine orchestra, a repertoire commissioned for the occasion will borrow from the family traditions of the pupils, from their own musical universe, and from the repertoire that is specific to the Ensemble.

It seems important that the students practice a variety of musical styles. Throughout the three-year cycle, original compositions and arrangements will be proposed, ranging from songs to traditional, classical and contemporary music, in a deliberately broad and inclusive approach.
The compositions and arrangements will be adapted to the progressive evolution of the students’ musical and instrumental skills.

Supported by the Conseil Général des Bouches du Rhône, the DRAC PACA, the City of Marseille, the SACEM and the association “Orchestre à l’École”, the Ensemble C Barré and Prodig’art have joined forces with the Saint Just Centre 1 primary school (13th district) and the Alexandre Dumas secondary school (14th district) to create an orchestra at the school as of the start of the 2015-2016 school year, which will accompany the students for a three-year cycle (CM1, CM2 and 6ème).

The Saint Just Centre 1 public primary schools welcomes cycle 3 pupils from the Saint Just district (13th arrondissement of Marseille). Most of these pupils go on to the Alexandre Dumas secondary school. The Alexandre Dumas secondary school is located in the “Quartiers Nord”, at the intersection of the 3rd, 4th, 13th and 14th arrondissements of Marseille, which are predominantly disadvantaged areas.

The two schools have been in ECLAIR for several years and will become REP+ at the start of the 2015 school year. For a long time, the two teams have been working very hard on networking and many inter-grade projects have been and are still being developed.

For the start of the 2015 school year, in line with the new definition of cycle 3 of fundamental learning, which now includes CM1, CM2 and 6e in secondary school, the school principal (Annie Biesmans) and the principal of the secondary school (Guillaume Longuet) wished to initiate an orchestra class project which would be a new bridge between their establishments, with the pupils starting this activity in CM1 to continue it up to 6e.

The Petits Violons des Calanques project is conducted in partnership between the CIQ Les Hauts de Mazargues La Cayolle and the Ensemble C Barré. The two organisations joined forces in 2018 with the aim of implementing an artistic and educational collaboration around instrumental practice in schools and musical creation. The project is part of the local context of the Cayolle district in the south of Marseille, which is one of the most disadvantaged districts. The action aims to initiate and train schoolchildren in instrumental and orchestral practice in order to guide them in musical learning, to make them aware of the profession of artist and to encourage exchanges and encounters with other people and cultures.

Within this framework, the 24 apprentice musicians follow weekly violin practices with Joël Chouquet, music teacher, and Chantal Renaud, former director of the Calanques school and now a volunteer rehearsal director of the Petits Violons.
The voluntary commitment of the children and their passion for playing the instrument allows them to create a real social, intergenerational and intercommunity link.

Participation in C Barré’s creative projects allows access to large-scale musical projects in other territories and encourages encounters with other schools in Marseille and the Ensemble’s professional artists.

Within the framework of the “In Situ” scheme, set up by the Conseil Général de Seine-Saint-Denis, C Barré was welcomed in residence at the Pierre Brossolette secondary school in Bondy to put on his show El Niño.

The residency provided for 30 to 40 days of presence spread regularly over the 2015/2016 school year, during which, in parallel with the preparation of our show, C Barré’s contributors led the pupils of the 4th grade to create their own show. This show is deeply linked to Federico García Lorca, author of all the texts in El Niño, and to the values he still embodies today, notably freedom of expression.

The students have all the skills and trades needed to create a show, by investing themselves in writing librettos, creating a stage design, creating music, physical theatre, visual communication (newspaper, posters…), stage presence…

Their show, entitled La Barraca, named after a film by Jean Vigo partly shot in the Ourcq canal in Bondy, was presented twice on 27 May 2016 at the Bondy Auditorium as part of the Ile-de-France Festival.

As part of the interventions in schools, the students are offered one (or more!) musical creations specially conceived by a composer and a librettist who regularly accompanies them in their work, throughout the year.

These events, involving both the school participants and the professional musicians of C Barré, are part of the Ensemble’s annual programme and aim at a high artistic quality.

A group of cousins gather around a table and parody family meals. As usual with the French, they talk about food while they eat. Their discussions are an opportunity to address the issue of production and distribution channels, their aberrations, and to amplify in a comical, rocambolic way the stories they have heard and from which they invent (galéjades).

“The story takes place a long time ago. Following an old dispute between the gods, the country has fallen prey to drought and famine threatens the mortals. People invoke, pray, procession, question dreams, diviners and pythias… Nothing is done. Until the king decides to resort to “cosmic sympathy” in a huge collective rite of imitation of storm and thunder and thus dares to defy the deities. In three acts, Meteorics is a joyful and cruel fable. It is set in the time of myth, but the resonances with our current ecological situation bounce back and splash our certainties. Conceived for children’s choirs, school orchestra, amateur orchestra, professional singers and instrumentalists, the work, under the musical direction of Sébastien Boin, distributes beautiful roles to each of the protagonists and is full of poetic, theatrical and sound inventions. A creation with a political and philosophical tone”. Catherine Peillon

A TALE FROM HERE AND THERE

“The story of Ici et d’Ailleurs transposes the question of encounters between here and elsewhere into a fabulous universe. Here is a pencil, a familiar tool for the child, and the story takes place in the bedroom, also a very familiar place. The presence of the elsewhere in the midst of the familiar is, however, sketched out in the first song (Chanson du promeneur), where the objects in the room beckon to foreign lands, to dreams of elsewhere that are more or less distant or fantasized. But the deployment of the visual imagination of elsewhere takes place above all when Ici meets Ailleurs, a picture book that the schoolboy has substituted for his lesson book. On its pages, Ici sees landscapes evocative of the four cardinal points pass by as if through a kaleidoscope. The songs South, West, North and East are in fact groups of three-syllable words that follow on from each other in the style of “Three little cats, a straw hat…” around the imaginary representations that the children have of the four cardinal points. “around the imaginary representations that each cardinal point can carry.

Two songs explore the Ici/Ailleurs pairing under the sign of difference: the first contrasts the squared pages of the schoolboy’s notebooks with the coloured pages of the picture book (the tarantella Pages d’ici, pages d’ailleurs); the second, based on the very different sound evocations of the words ici and ailleurs, is resolved by an image combining their respective qualities (Sonorités d’Ici et d’Ailleurs). The final passage on favourite colours should sound like a climax, a joyful mixture of all colours, a crossroads of preferences and imaginary representations.

The narration is carried out alternately by four narrators, ideally one per group of children. The distribution of the ‘lines’ was based on an approximate characterisation of each narrator: the first, mocking; the second, serious; the third, feverish; the fourth dreamy. While these tendencies allow the register of the narrative to vary throughout the tale, they do not constitute a categorical standard. The didascalia that suggest an interpretation for the narrator are therefore indicative: the teacher is free to find, in consultation with the pupil, an interpretation that seems more appropriate.

This narrative part is most often accompanied by a musical environment (body percussion, mouth sounds, etc.). The musical environment appears in the body of the document, next to the text of the tale and the songs, in the form of micro-scores, except when it is part of the immediate continuity of a song, in which case it appears at the end of the score of the song. Within the tale, songs are indeed inserted: the text of the songs is highlighted in the main document by bold title and italicized and centered text, and the scores of the songs are in separate attachments for clarity. Each song can be divided into parts, sung by the four different groups. The stage directions and musical interpretation are included in the main document, but in smaller type to distinguish them from the recited or sung text. The texts sent by the children open and close the story. The description of the rooms, one of the aspects of the story that was most developed by the children, gives rise to an abracadabra list of furniture and familiar objects. This was followed by a second, more dreamlike list of holidays, which appeared to be the main crystallisation of the elsewhere in the children’s texts. At the end of the tale, we wanted to give pride of place to the favourite colours: a question that gave rise to such beautiful poetic images that we wanted to keep the wording. For this reason, these passages are spoken rather than sung, in order to let the children’s natural voice be heard. One exception: “My room is full of horses and I have a three-tiered bed”, the pretty phrase of Léonie which we liked very much because of its surrealistic dreamlike quality, and which we have integrated into the first song (Chanson du promeneur). I would like to thank you warmly for having entrusted us with this beautiful project and I hope that this material will be as enriching for the children and the musicians involved as it was for us. “Alice Pfister and Thomas Keck