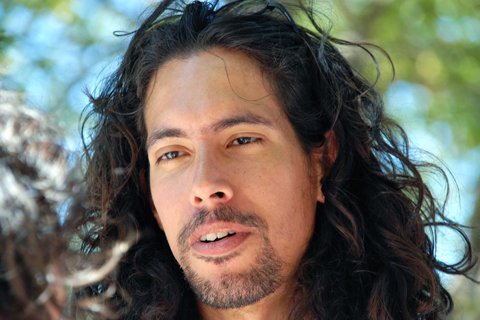 Born in 1976, Mirtru Escalona Mijares was initiated into music in the internationally known Venezuelan Sistema in his hometown Duaca. In Venezuela he studied with Rafael Saavedra and Gerardo Gerulewicz. In 2000, José Manuel López-López and Paul Méfano invited him to continue his studies in France, where he obtained his Masters degree in New Music Technology and Composition at the Conservatoire National Supérior de Musique de Lyon with Robert Pascal and Michele Tadini. He also received degrees in Composition from the Music School of Blanc-Mesnil with Philippe Leroux and the National Conservatory of Strasbourg with Ivan Fedele. He also obtained a degree in Electroacoustic Composition from the Music School of Pantin with Christine Groult.

The composition is his very personal way to discover himself and the world to which he belongs. He tries to have this reflected into his music in an authentic, poetic and spiritual way. One of his main objectives as an artist is to invite and stimulate the audience to dream with the music, to expand their limits of listening to music and if possible let music bring them closer to this non tangible thread that ties us all together. He is also very interested in incorporating electronics as a logical extension of acoustic instruments, in digital arts applied to music, and in non-Western music as source of reflection and as an awareness of the diverse perceptions of the world.

His 2017-2018 season includes performances of his latest works in several festivals in Europe, Latin America and the United States.