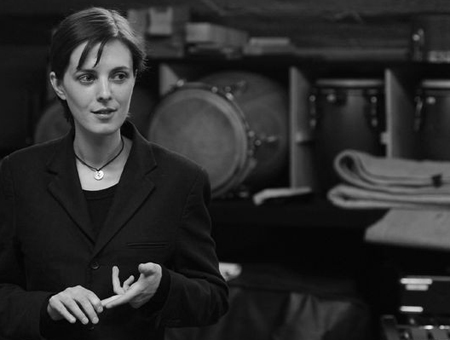 She went on to attend IRCAM’s cursus in Composition and Computer Music.

The same year, at La Biennale di Venezia, she was awarded the “Leone d’argento” prize.

During the summer of 2021, she will be composer in residence at Festival des Quators du Luberon, where the Zaïde Quartet will premiere Unfolding II.

Upcoming projects also include Tune and retune II for SWR Orchestra (@Donaueschinger Musiktage 2022) and an accordion concerto for Krassimir Sterev which will be premiered on the 3rd of December of 2021 in Munich.