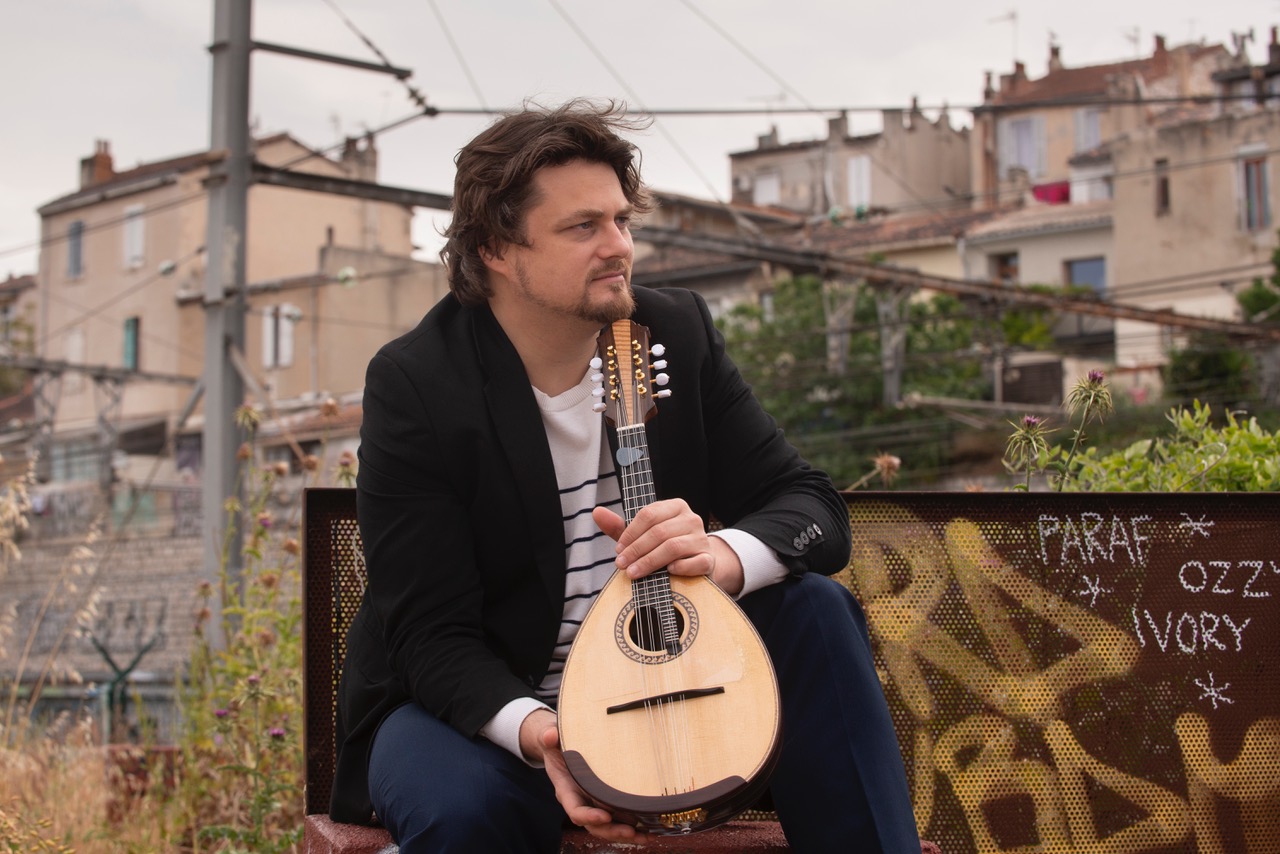 <… His creations testify to his musical eclecticism and virtuosity. Through a rich repertoire and a renewed vision of the mandolin, he contributes to highlight this remarkable instrument. » François Hollande, President of the French Republic

<…The greatest mandolin player in the whole world is Vincent Beer-Demander! » Vladimir Cosma

<… I had the opportunity to hear him live and I was able to appreciate the momentum and energy that emerges from his interpretations, and this in the most diverse repertoires …". François René Duchable

<The ferocious eclecticism of his artistic collaborations explodes, by multiplying it, the image of an instrument long frozen in an outdated popular folklore. In his hands, the small lute is caught in a play of mirrors, revealing unexpected facets, scintillating diffraction of possibilities: from Vladimir Cosma to Régis Campo, from André Minvielle to Richard Galliano, the galaxy explored is in permanent expansion, Vincent Beer-Demander refusing to impose a limit to his insatiable and continuously renewed curiosity.

<In this joyful bulimia perfectly assumed, we find the intact trace of child emotions, the echo of revelations that decide a life: the meeting with Francis Morello, his first teacher who teaches him the rudiments, in Toulouse, in the school of music that as a wise humanist, he created to bring to life the ideals of popular education.

The first shock – a concussion, even – at the power and sincerity of Freddy Mercury, the Queen singer with the meteoric and tragic career.

<Music will be a way to be in the world, to stick to it, to say your word. As a result, everything gives way to him, especially the practice of sports, which until then had been intensive, and of which he keeps a taste for effort and a fighting spirit. With Homeric energy, Vincent Beer-Demander devours the entire repertoire and hones his technique with Florentino Calvo. The master opened the doors of his class at the National School of Argenteuil, the Mecca of mandolin in France, while at the Ecole Normale de Musique de Paris, Alberto Ponce accompanied him to the prestigious concert license that had never been awarded to a mandolin player before.

<Those who frequent the young musician feel the urgency of a vocation to which everything submits. From then on, life accelerates and intensifies: the first prizes pile up – seven in four years – the taste for the stage is confirmed, the stature of the concert performer imposes itself through the tours that follow, punctuated by commissions and creations, collaborations all around the world. In a career spanning twenty years, we can no longer count the number of decisive events that Vincent Beer-Demander has brought, both in France and abroad, to give his instrument a future. Settled in Marseille, he created, like his old mentor from Toulouse, a popular academy in the neighborhoods as well as a class at the Conservatoire de Marseille and the Conservatoire Royal der Liège for higher education, careful that the repertoire he created is transmitted and that the practice of the mandolin, deeply renewed, is anchored in the musical life.