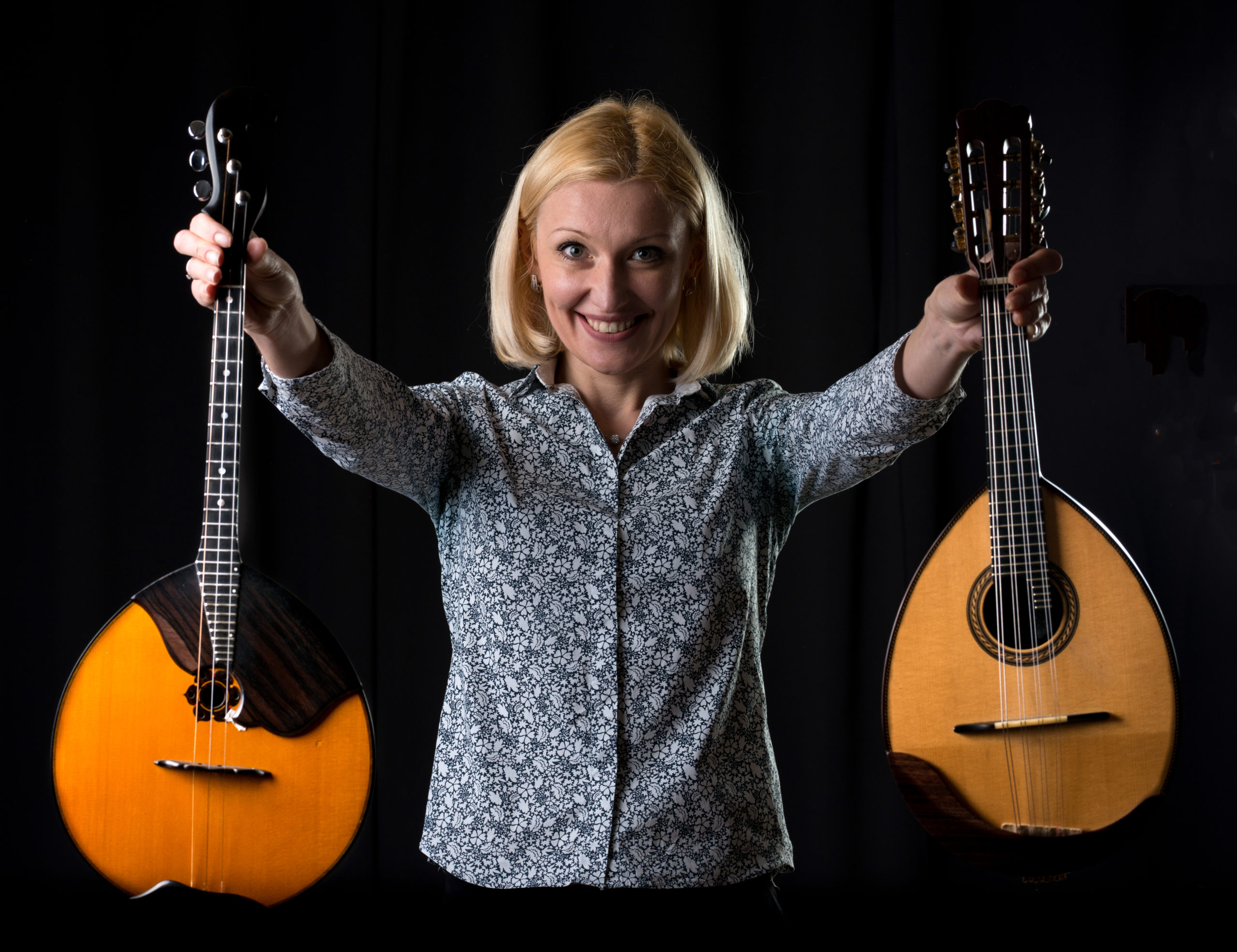 His practice of these two plucked string instruments allows him to put his sensitivity and virtuosity at the service of the Slavic repertoire as well as the classical and contemporary repertoires.

Born in Polotsk in 1983, she studied in Nikolai Maretzki’s domra class at the Higher Academy of Music in Minsk, from which she graduated in 2007.

His concerts with the domrist Alexander Tsygankov, the balalaikist Andreï Gorbachev, the guitarists Roland Dyens and Evgueny Gridushko, the pianists Jonas Vitaud and Denys Matsuev, or the accordionist Richard Galliano lead him to perform in many festivals in Poland, Russia, Estonia, Spain, Germany, France, United States, Japan…

She is also a permanent member of the Ensemble C Barré (contemporary creation), and of the Duo Korsak-Collet (mandolin/guitar and domra/guitar), with whom she recorded the albums Nébuleuse (2019), devoted to transcriptions of French music of the 20th century (Messiaen, Dutilleux, Ravel. …), and Echos (2020), a collection of Russian music for domra and guitar.
She also collaborates with many bands: <Ensemble Orchestral Contemporain, Orchestre d'Auvergne, Soloists of the Orchestre de Radio-France, Orchestre Stringendo, <The Belarusian Radio National Orchestra, the Belarusian Radio Orchestra of Minsk, and composers (dedicatee of works by Nikita Koshkin, Efrem Podgaits, Vincent Beer-Demander. ..). After having worked for a decade as a soloist at the Belarusian National Philharmonic and as a domra teacher at the Higher Academy of Music in Minsk, Natalia Korsak has been living in France since 2017.  She is involved in various pedagogical projects there, the direction of the Ensemble à (inter-regional amateur orchestra of the regions Bourgogne-Franche-Comté and Auvergne-Rhône-Alpes), and is a member of the Commission Nationale des Plectres of the CMF..