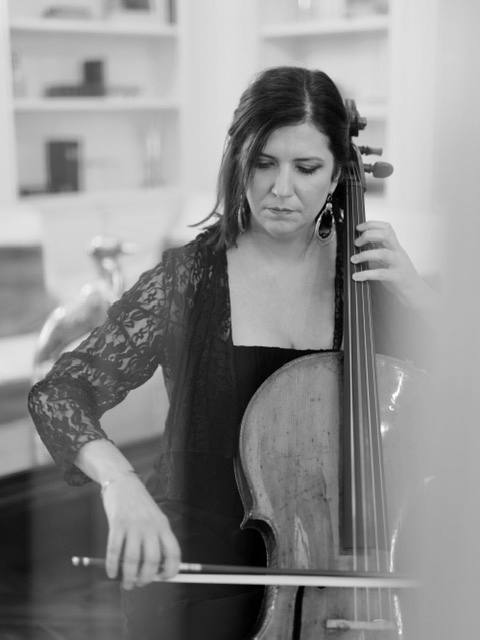 Born in 1981 in Marseille, Marine Rodallec began her cello studies at the age of 7 with Chantal Darietto-Latil. After her diploma of musical studies, obtained unanimously at the Lyon Conservatory in the class of Patrick Gabard, she continued her training with Yvan Chiffoleau and obtained a prize of excellence (CNR of Perpignan). She then joined Daniel Grosgurin’s class at the Haute École de Musique de Genève and completed her studies by obtaining, in 2006, the soloist’s diploma as well as the Daniel de Marignac prize (best interpretation of the soloist’s diploma).

During her studies, Marine will have the chance to work during internships and master classes with Janos Starker, Lluis Claret, Aner Bylsma and Xavier Gagnepain.

The desire to perfect her skills in the interpretation of baroque music led her to Bruno Cocset’s class in Geneva where she began practicing the baroque cello. In 2012, she will obtain her diploma with honors at the Conservatoire d’Aix-en-Provence in the class of Aude Vanackère.

She joins the ensemble Café Zimmermann in residence at the Grand Théâtre de Provence as an additional cello and will notably participate in the recording of Vivaldi’s Estro Armonico released by Alpha Productions. Solo cellist of the orchestra of the Grand Théâtre du Liceu Academy in Barcelona from 2007 to 2008, she regularly collaborates with the Avignon Orchestra, the OPPA,…

Her desire to share and transmit will lead her to train and become a European Suzuki teacher. She currently teaches at the Ecole du Talent Musical de Marseille as well as in several national courses.