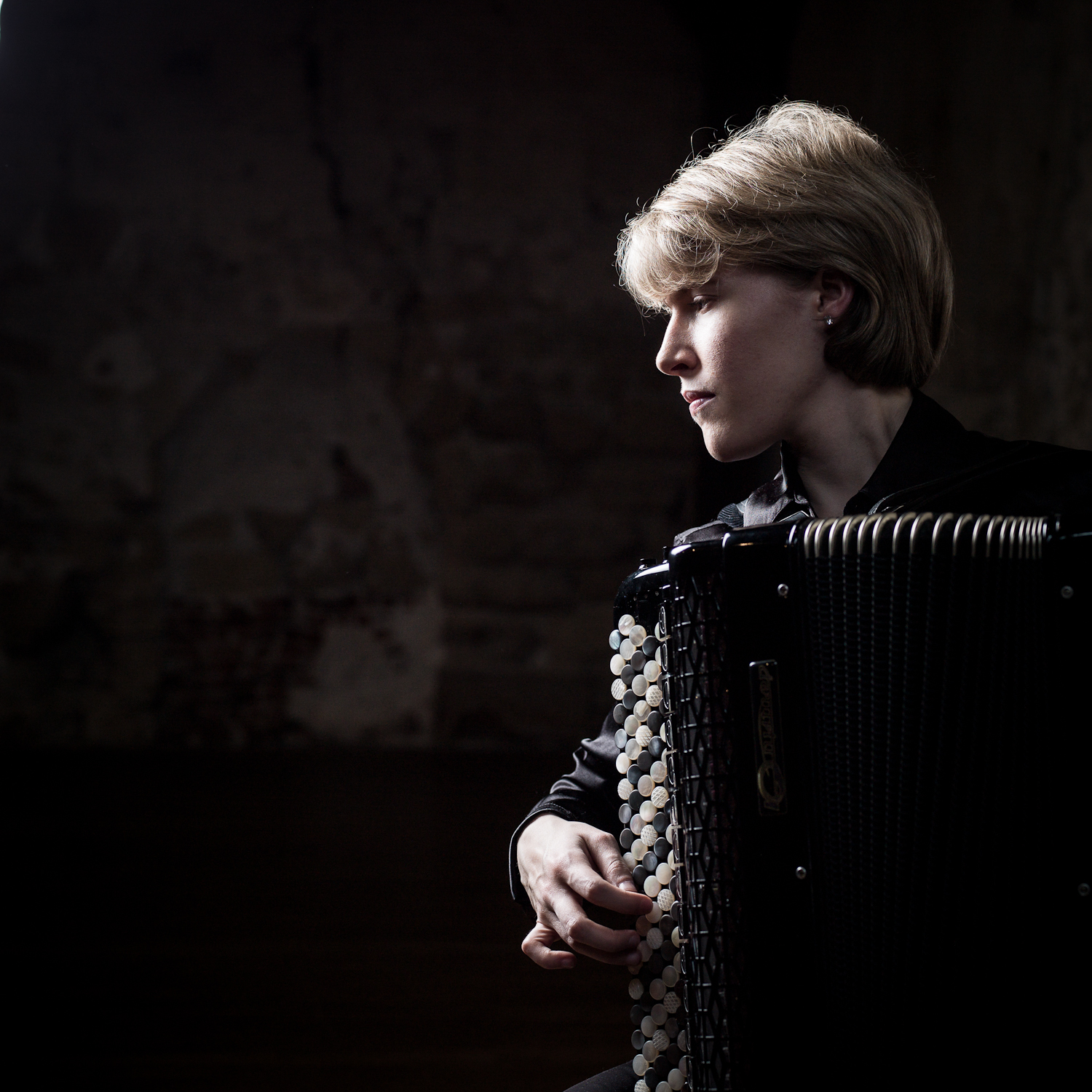 Born in 1986, Elodie Soulard began learning accordion near Clermont-Ferrand, then at the Conservatoire du XII° arrondissement de Paris in Max Bonnay’s class before joining the CNSM de Paris where she completed brilliant studies that won her a Master’s degree in 2010. The following year, she was admitted to the 3rd higher cycle in the class of pianist and conductor Jean-François Heisser.

At the same time, she receives expert advice from a large number of masters throughout Europe and works assiduously alongside the Russian concert pianist Yuri Shishkin.

Her talent as an interpreter has undoubtedly been recognized in a repertoire that includes both transcriptions of Bach in Ligeti and original contemporary works for her instrument (Kusyakov, Gubaidulina, Lindberg, Berio). She is also the author of a large number of transcriptions for one, two or three accordions based on orchestral works by Berlioz, Schumann, Gounod and Prokofiev.

Élodie’s chamber music partners are Emmanuel Pahud, Jean-Marc Phillips, Laurent Korcia, Eric-Maria Couturier and also the cellist Raphaël Pidoux, with whom she recorded a CD in 2009 under the Integral label. She is a member of Siècles, and plays with the Orchestre Philarmonique de Radio-France, the Orchestre Poitou-Charentes, the 2e2m, Instant Donné and C barré ensembles.