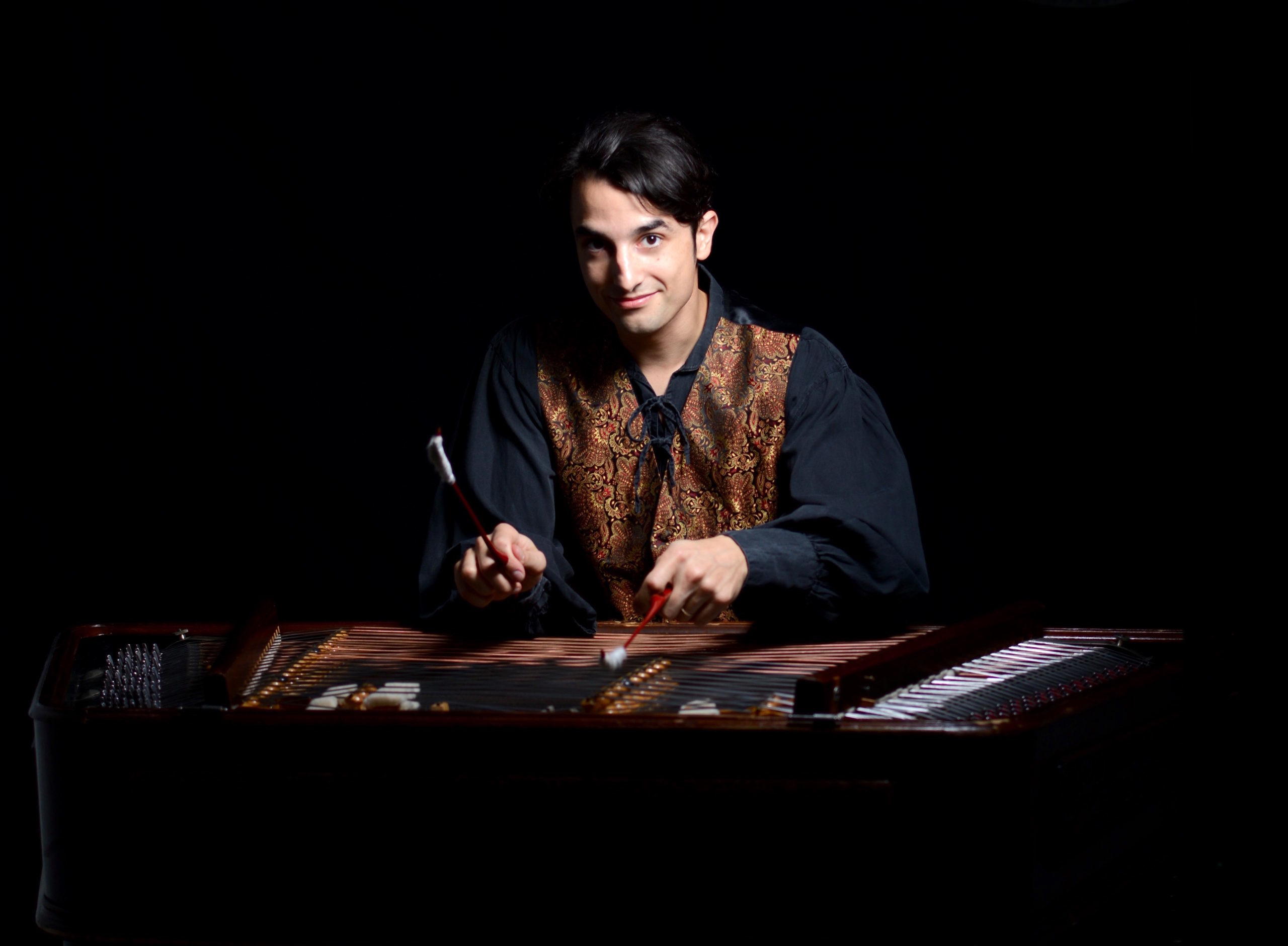 Parallel to the cymbalum, which he studied from the age of eight in the class of Detlef Kieffer, Cyril Dupuy trained in percussion, chamber music and conducting at the Strasbourg Conservatory. Marta Fabian, “the reference for cymbalists” in the field of contemporary music, noticed him at the Aladar Racz competition in Budapest and encouraged him. At the age of sixteen, he gave his first recital at the Musica festival in Strasbourg, then, selected by Lorin Maazel, he performed all over the world with the Vienna Philharmonic Orchestra and other prestigious groups. In 2000, Juventus appointed him as a young European soloist.

Cyril Dupuy is deeply grateful to the composers, conductors and performers who have placed their trust and friendship in him, such as composers Gilbert Amy, Edith Canat de Chizy, Gualtiero Dazzi, Henri Dutilleux, Graciane Finzi, Marie-Hélène Fournier, Gérard Hilpipre, Adriana, and others.

Cyril Dupuy’s goal remains to expand the cymbalum repertoire and to serve the music to the best of his ability, with the motto: Soli Deo Gloria.