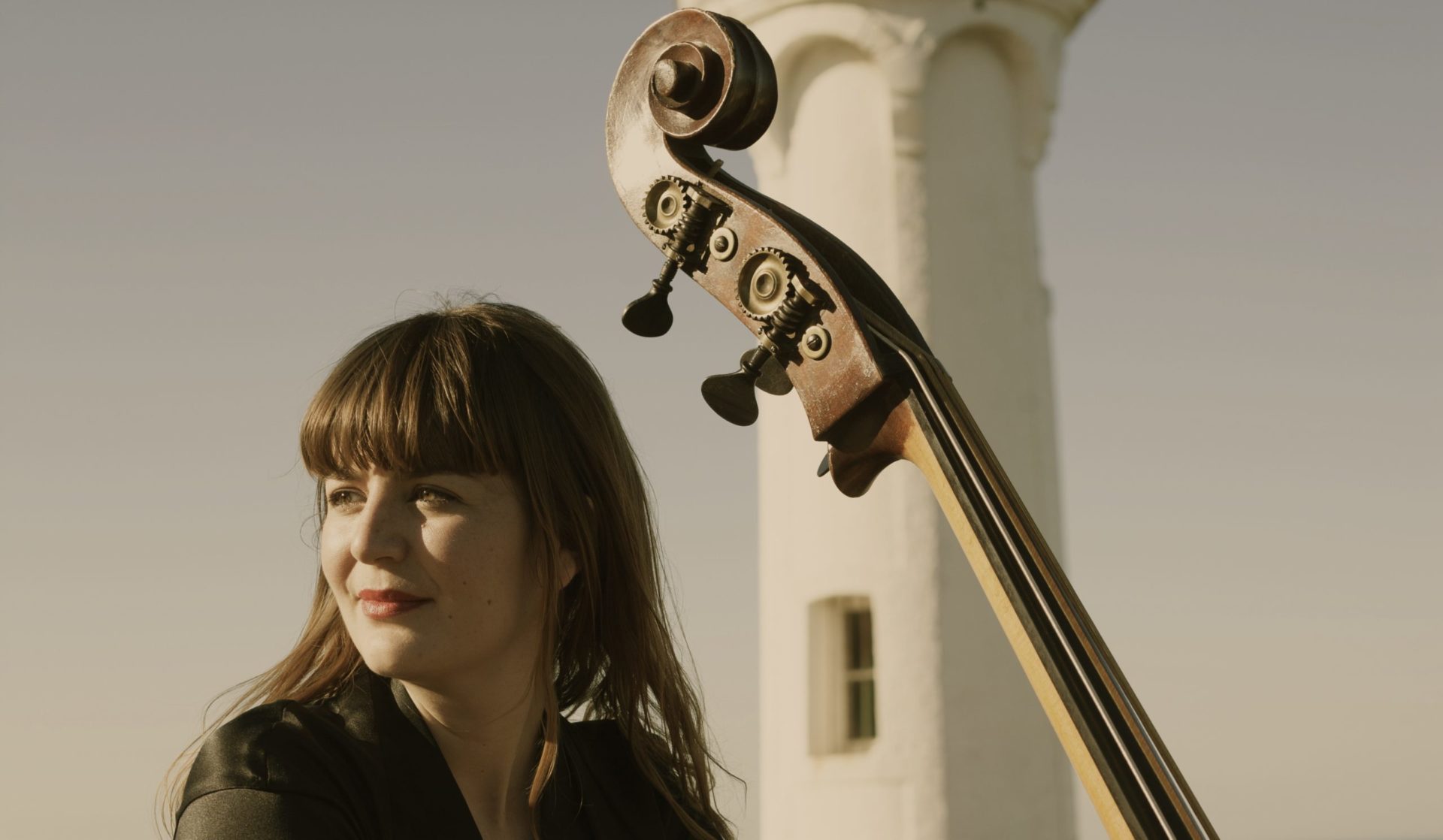 Eclectic in her musical aspirations, as well as in her instrumental practice, she has specialized in fields as diverse as contemporary, improvised and baroque music. She divides her activity between orchestra, chamber music, solo and teaching.

She was awarded first prize in the 2008 International Bass Competition, in the contemporary music category, organized by the “Association des contrebassistes et bassiste de France” with the spedidam competition.

She creates La contrebassasse nomade, a solo directed by Nicolas Slawny: work of musician and musical theater where the double bassist would be the actress. She continues this work with Tout contre ma contrebasse and Un cabaret imaginaire to give it even more strength, with the living composers Sylvain Kassap, Jacques Rebotier, Sébastien Béranger, Mirtru Escalona Mijares, François Rossé, Luis Naon… and through the ages.  Then with Folia, a program built in partnership with the gmem-CNCM-Marseille, for double bass and electronics which brings together four composers: Raphaèle Biston, Carol Robinson, Kaija Saariaho and Francesca Verunelli. Three creations for three new worlds and four dreams. In September 2018, she is invited to the Venice Biennale of Music, for a solo and electronic concert with two new creations by A. Edler Copes and F. Garnero.

At the same time, she plays in orchestra, as a substitute, with the Paris Chamber Orchestra, Insula Orchestra and Les Siècles .

His curiosity for music and more generally for the arts leads him to play in different styles and contexts. She loves these improbable encounters, these rubbings that allow her to discover and experiment other facets of her instrument and to share them with the public.

She joined the Ensemble C Barré in Marseille and the ensemble TM+ in Nanterre to advance collectively in these spaces of research.