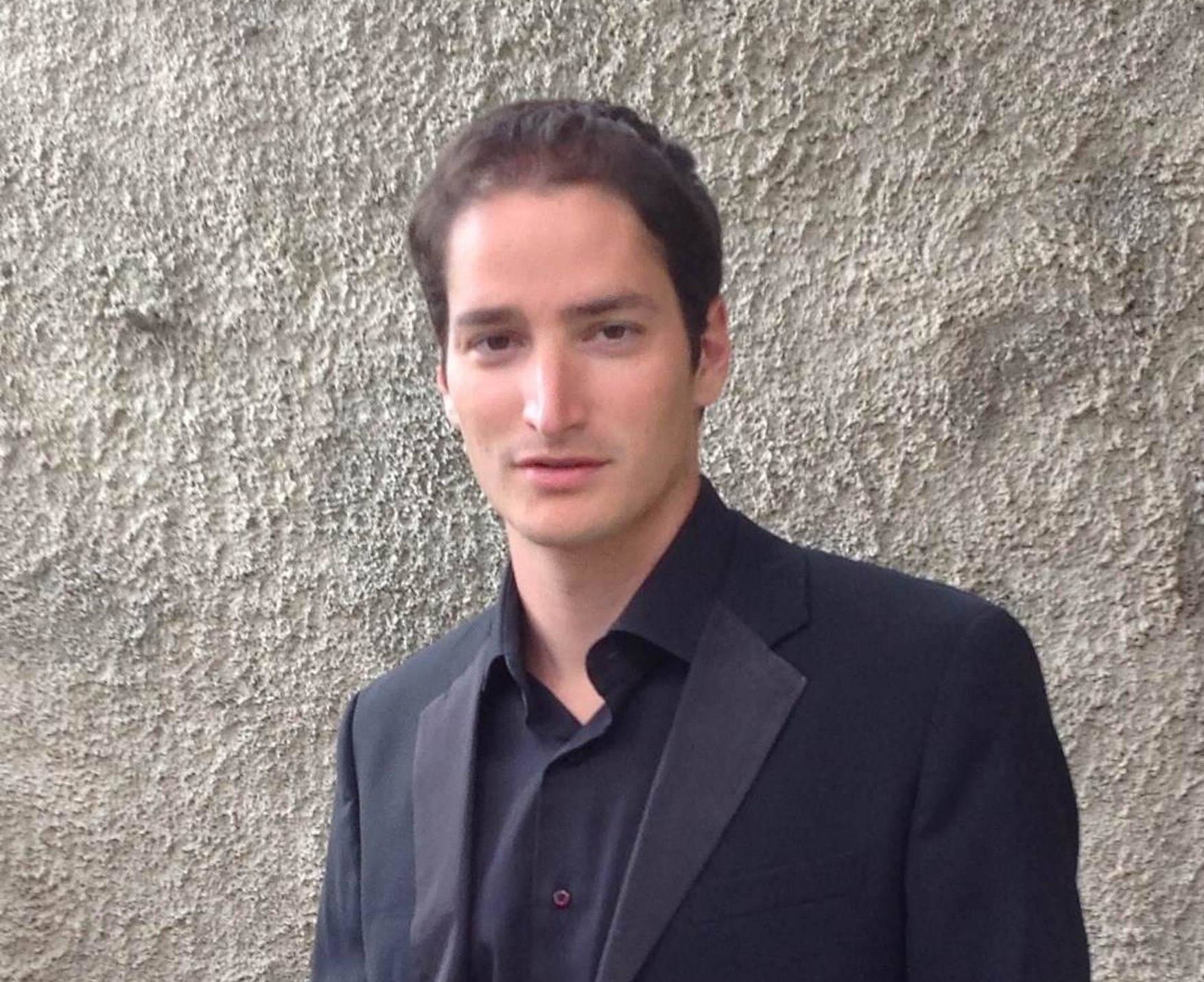 Antoine Alerini began playing the piano at the age of 6 by improvising and trying his hand at composition. Three years later, he entered the Marseille Conservatory in Anne Marie Ghiradelli’s class. He also received advice from Marie-France Arakelian, who encouraged him to make music his vocation. He came out a few years later with the unanimous 1st Prize in Piano and Chamber Music before starting a cycle of Perfectionnement in Bruno Rigutto’s class. This enriching contact allows him to meet a large number of musical personalities such as Dominique Mercier-Lenert, Fernando Rossano, Jay Gottlieb, Sergei Markarov. Antoine then performed as a soloist at the Théâtre National de la Criée and with orchestra at the auditorium du Pharo in Marseille. In 2002, he received the Rotary Club of Marseille award and in 2003 he was awarded the Yamaha Prize.

In November 2006 he was awarded a Special Jury Prize at the 3rd Emil Guilels International Competition in Odessa, Ukraine.

Antoine is also passionately interested in contemporary music, and thus participates in the first concerts of the ensemble C Barré. This project allowed him to work with many composers, after which Félix Ibarrondo dedicated one of his works for solo piano to him.

In 2007, he decided to join Régis Campo’s composition class. His Corsican origins and his attachment to the island greatly nourish his artistic inspiration. He is the author of a thesis entitled “Corsica as a source of inspiration for musical creation” highlighting certain links between Corsican popular music and contemporary creation.

From 2008 to 2009, Antoine studied at the Hochschule fur Musik in Berlin, in the class of Russian professor Galina Ivansova.

This exchange allowed her to perform solo and chamber music in Berlin and Germany, including a recital at the Nikodemus Church (Berlin-Neukoelln), a trio concert in Rheinsberg and a recording of Johannes Brahms’ 1st Sonata for violin and piano in the Kammermusiksaal of the Berlin Philharmonic. That same year, he studied at the Maurice Ravel Academy in Saint-Jean-de-Luz, with Jean-François Heisser (piano) and Udo Reinemann and Emmanuel Olivier (song and melody).

In January 2011, Antoine performed in the United States as part of the Chamber Fest at the Juilliard School in New York, and in August at the Lucerne Festival under the direction of Pierre Boulez.

Always eager to explore new musical forms, pianist Antoine Alerini has been performing for several years in France and abroad. Recently, he has had the opportunity to create works for ensemble or solo piano by Oscar Strasnoy, Alexandros Markeas, Zad Moultaka, Félix Ibarrondo, German Alonso, Clara Iannota as well as to work very closely with composers Philippe Manoury, Heinz Holliger, Vinko Globokar, Stefano Gervasoni and Mickael Levinas. He has appeared at the Théâtre du Châtelet in Paris, the Juilliard School in New York, the KKL in Lucerne, the Stazione Leopolda in Florence, the Conservatoire Guiseppe Verdi in Milan, the Institut Français du Royaume-Uni in London, the Institut Français du Royaume-Uni in Valencia in Spain, the Festival Manifeste in Paris, the Festival Messiaen in La Meije, the Festival Les Musiques in Marseille and recently the Biennale in Venice. He has also been invited to play several times on France Musiques.