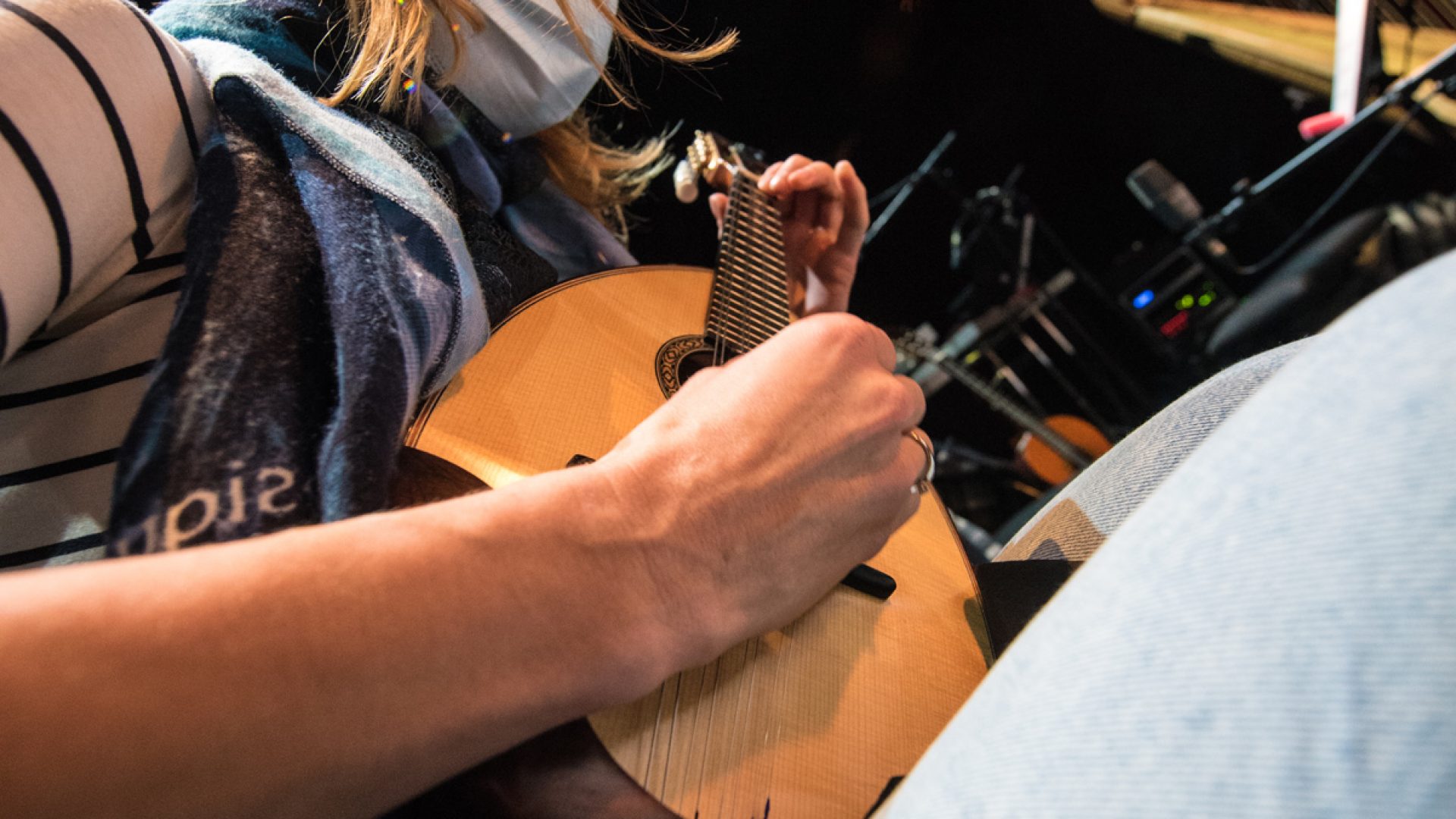 This plucked string trio comes directly from the twelve musicians who make up the Ensemble C Barré. Its instrumental formation which associates the mandolin, the guitar and the harp was immortalized in the XXth century by Goffredo Petrassi when he composed his Seconda Serenata in 1962, followed a few years later by Hans-Werner Henze and his trio Carillon, Récitatif, Masque in 1974. Since then, this singular trio has progressively developed in Western Europe and, with the passing of musical creations, continues today to progressively impose itself in the history of music.

We propose here an anthology of emblematic works of our trio, particularly inspired by a certain idea of the light and the elements like water and the earth. Among these we find works by Tristan Murail, Frédéric Pattar (France), Evis Sammoutis (Cyprus), and Mikel Urquiza (Spain), all of which show a keen interest in the rhythmicity, timbre and grain of plucked strings.