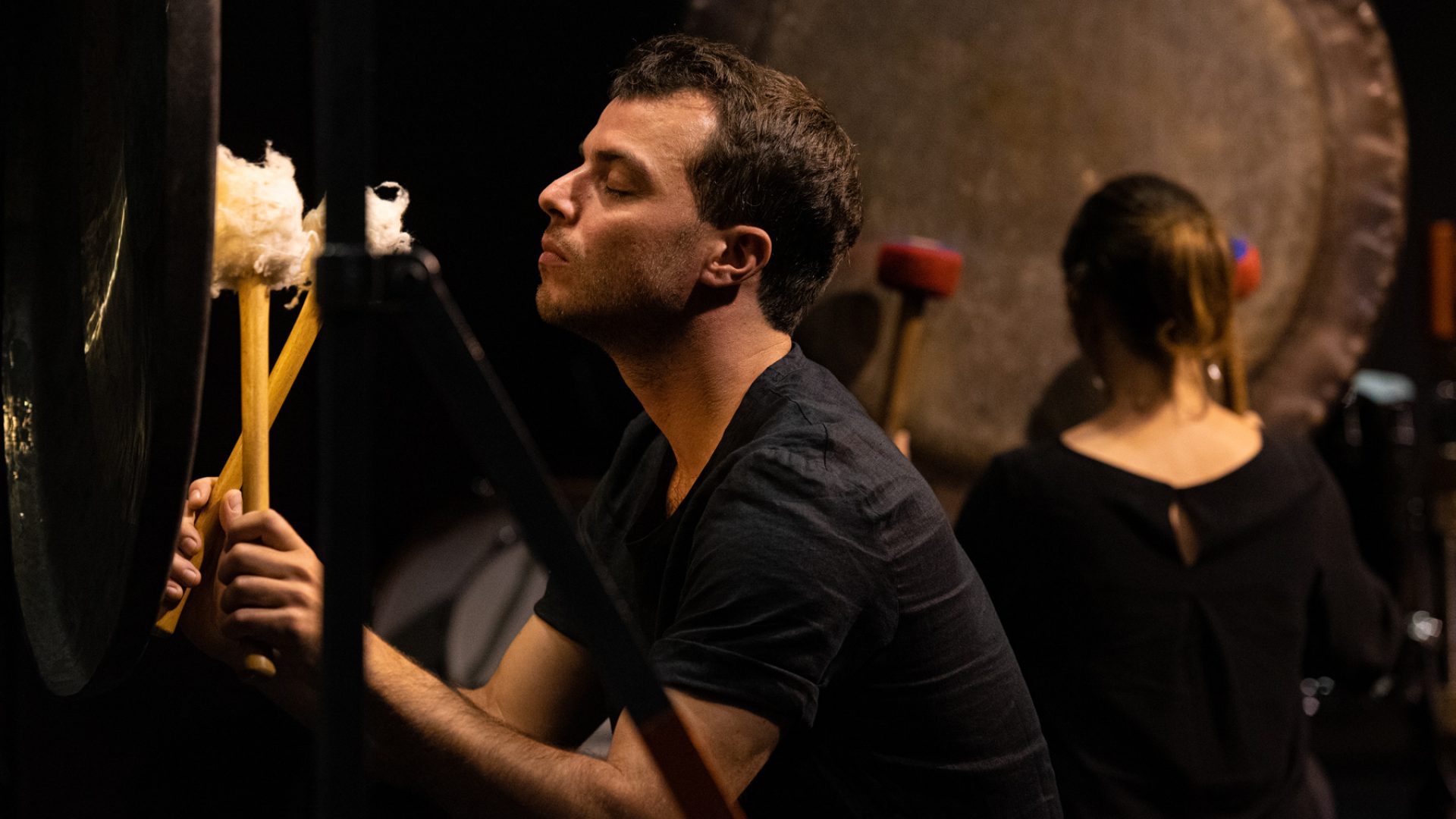 With Palimpseste, the Ensemble C Barré creates music during a whole season, on several territories simultaneously through the crossed views of the composer Jean-Christophe Marti and the artist walker, Hendrik Sturm.

On the theme of the Chappe Telegraph, a telecommunication network that existed precisely two centuries ago in France and its neighboring countries, the project will travel over the next three years along the Avignon-Marseille-Toulon axis, collaborating over the long term with partners from the educational and social milieu. This year, it is the medieval city of Lançon-Provence, the historical district of Le Panier, and the more confidential district of Gèze that are honored, with the participation of children from the Accoules school, the Pinèdes school and the residents of Villa Marie, alongside the musicians of the Ensemble C Barré directed by Sébastien Boin.

On the occasion of this second edition of the program in Lançon-Provence, heterogeneous events including concerts, but also a participatory musical show composed by Jean-Christophe Marti, on a libretto by the writer and director Stéphane Olry.

The story of the Chappe Telegraph will be sung, told and played on October 22 at the Villa Marie as part of the Musique à la Ferme festival.

There will also be original musical walks concocted by the artist-promoter Hendrik Sturm and the Le Bureau des Guides GR 2013, embellished with historical anecdotes, and punctuated by listening to works from C Barré’s repertoire, chosen and composed according to the specificities of the places crossed…

At the end of these weekends rich in emotion, walking and erudition, you will have the opportunity to meet again the musicians of the Ensemble C Barré in a more classical form of concert at the Espace Marcel Pagnol, because one does not change a recipe that works!

October 23 and 24 – 9:30 am
Music at the Farm Festival
Marseille Pagnol Cultural Space – Lançon-Provence

Commented concert of the works of the walks
With the composer Jean-Chistrophe Marti and the musicians of Ensemble C Barré
Directed by Sébastien Boin
Reservations : Musique à la Ferme

In partnership with the Bureau des Guides GR2013, the Musique à la Ferme festival, the French National Education System and the Villa Marie independent residence.
Supported by the Ministry of Culture-DRAC PACA, the SACEM, the CNM – Centre National de la Musique, the City of Marseille, the Région Sud-PACA, the Bouches-du-Rhône departement, Mécénat Musical Société Générale, the Orange Foundation and the Caisse des Dépôts.