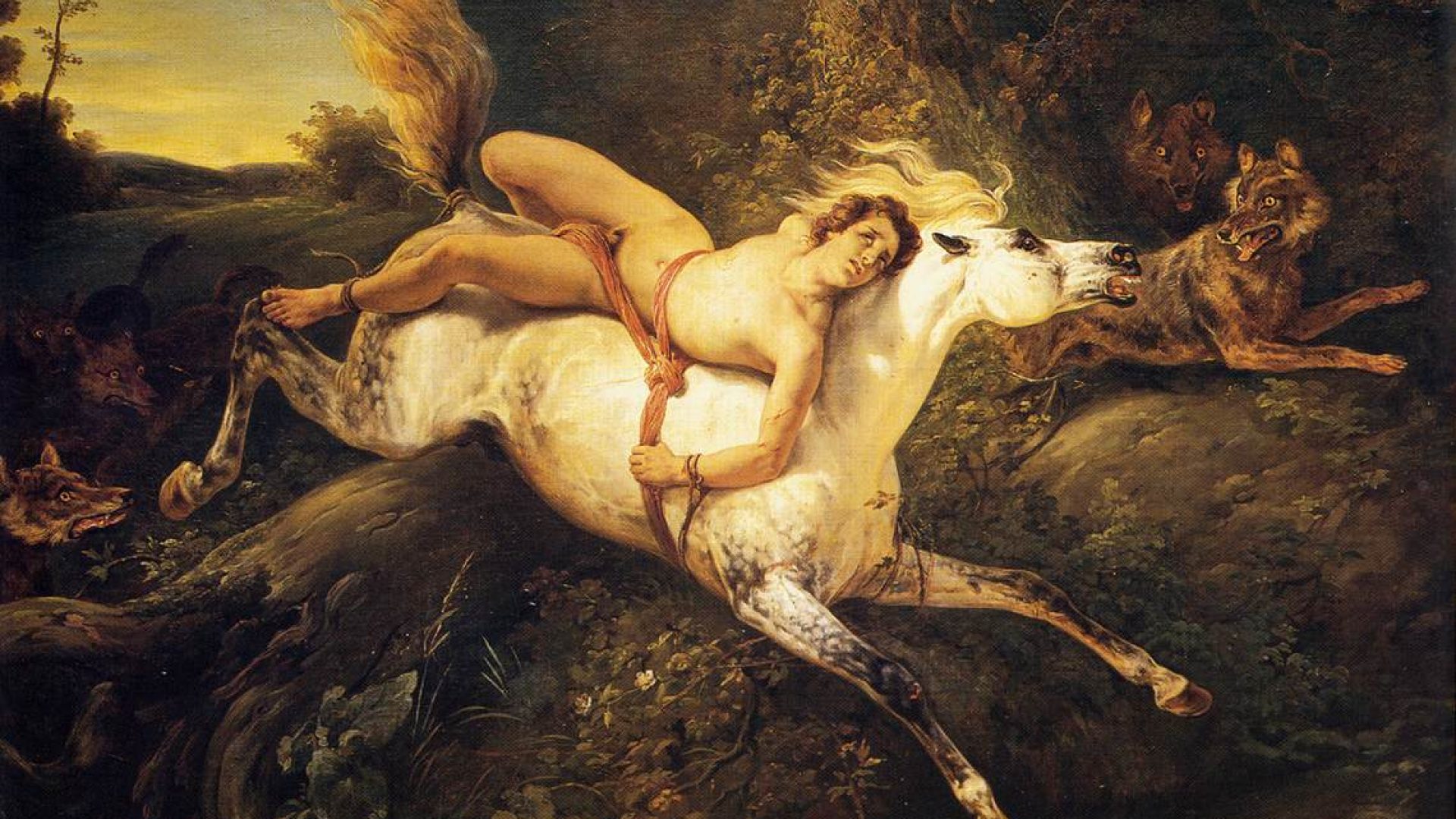 Christophe Hardy’s short story, from which he himself drew the present libretto (extracted from La Mise en pièces, 2004), is entitled Mazeppa and is inspired by a character that is half-historical and half-legendary: Ivan Mazepa (~1639-1709), a young page in the service of King Casimir of Poland, who was caught in the act of adultery with the young wife of a Polish gentleman, and condemned to be tied naked on the back of a horse that had been driven mad and set loose in the forest. Byron, Pushkin, Hugo, Liszt, Horace Vernet and many others have seized upon this extraordinary episode of a ride mixing the voluptuous, the morbid and the heroic.

But, far from the epic romanticism exalted by the poets, composers and painters of the 19th century, it is the figure of the lover that we retain here and that becomes central: a heroine who fights, screams her refusal of injustice and oppression, claims her freedom and her right to desire for the tortured body of Mazeppa, the man she loves.
It is the “vision”, imagined in real time, of this frantic race and of the suffering endured by her lover that she develops before our eyes in an inspired hypnotic trance in which she asserts herself as a very willing fighter and a distraught lover.

“When the soprano Chantal Perraud asked me one day to write her a lyrical piece in a reduced format, with a small group of instruments, I immediately thought of using – at least in part – instruments different from the usual instrumentarium at the concert, such as the Armenian Duduk and the cymbalum, for example. This choice of instruments borrowed both from the East and from Central and Western Europe appeared obvious to me from my first reading of Christophe Hardy’s novel. It called for a different sound “color”, likely to correspond to the timeless and geographically indeterminate character of this beautiful and cruel tale where violence finally gives way to the strength of resilience. Instruments coming from the four cardinal points intended to create a blurring of perception in the listener and a permanent uncertainty of musical and cultural references. A sound world that retains a form of strangeness, at once familiar and coming from elsewhere, as if from a dream.
The work is dedicated to Chantal Perraud. ”

Monodrama for soprano and instrumental ensemble. Commissioned by the Printemps de Monte-Carlo.