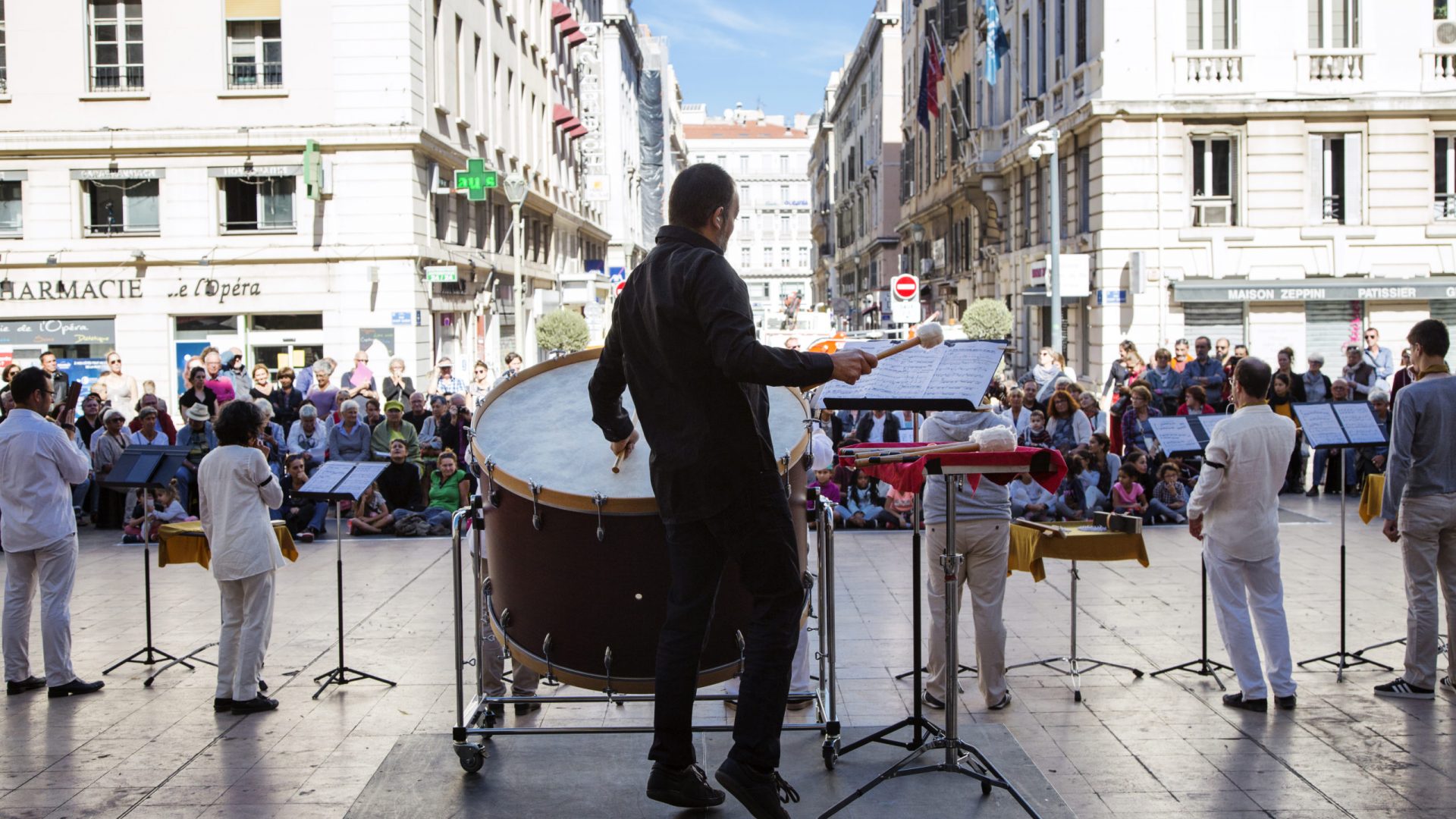 Invited by the conductor Sébastien Boin to write a piece for an open-air performance (as part of the Marseilles series Sirène & midi net), the composer Frédéric Pattar immediately thought of the poem Démocratie, taken from Arthur Rimbaud’s Illuminations, which imposed itself on him like an obvious, axiomatic statement.

The function of the urban siren, in addition to the sonic power it deploys, is to announce an imminent catastrophe,” he writes, “an association that goes without saying. But it is not quite this kind of danger that Rimbaud is talking about in Democracy. The poet quotes the violent words of what appears to be an armed group. The use of inverted commas throughout the poem leaves no doubt about this distancing. By the title, which may seem enigmatic, one can well imagine that the mercenaries who express themselves here are the armed, brutal and bloodthirsty arm of a democracy…”

Thus, even if this explosive piece for solo bass drum (Claudio Bettinelli) and eight musicians, each equipped with a wooden whip, a mouth siren and hand firecrackers, is deliberately derisory and playful, it nonetheless evokes a fear of a possible drift of our democracy, as it exists today.

Commissioned by the Ensemble C Barré. In coproduction with Lieux Publics and B!ME – Biennale des Musiques Exploratoires of GRAME. With the support of the Conservatoire de Lyon.