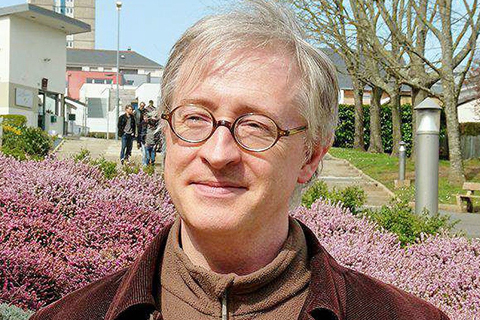 He has long been interested in testimonial texts, written by Resistance fighters or communities with unique life experiences, such as those collected from prisoners between 2008 and 2011 (Clairvaux box set; However, the walls… Grand Prix de l’Académie Charles Cros 2010 with Julien Sallé). First composer received at the Villa Médicis (1996-98) and Casa Velazquez (1999-2001) for a project exclusively for a cappella choir, he was awarded the Sacem/Francis and Mica Salabert prize for vocal music in 2008, the Beaumarchais Foundation grant in 2009 and a commission from the Ministry of Culture in 2010 for the creation of his opera Les lycéesuses, as well as the Grand Prix Lycéen des Compositeurs 2011 awarded by a very large majority of students and their teachers. His choral works are sung in Europe, Asia and the Americas. Several of them were studied by French high school students as part of the musical option of the 2013 and 2014 baccalaureate. In June 2017, he was appointed Composer in Residence at Villa Kujoyama (Kyoto, Japan) for the spring of 2018.