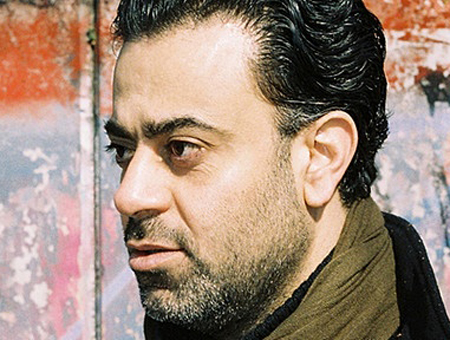 Samir Odeh-Tamimi has developed his own distinctive musical language, which draws upon his intense involvement with both western avant-garde music and Arabic musical performance practice. Full of enthusiasm for the European classics as well as new music, the Palestinian-Israeli composer arrived in Germany at the age of 22, where he studied the works of his compositional role models, including Giacinto Scelsi and Iannis Xenakis, while also questioning the musical culture of his native country, which he had studied in his youth as a member of an ensemble performing traditional Arabic music on contemporary instruments.

Samir Odeh-Tamimi’s works are regularly performed at renowned festivals and concert halls throughout Europe; he has received commissions from Deutschlandfunk, the Donaueschingen Festival, European Centre of the Arts in Hellerau, WDR Radio, SWR Symphony and musica viva Munich. In 2010, his music theatre piece Leila und Madschnun received its world premiere at the Ruhrtriennale in Bochum. As part of the project into Istanbul, initiated by Ensemble Modern and the Siemens Arts Programme in cooperation with the Goethe Institute, he composed a piece for Ensemble Modern inspired by his stay in the Turkish metropolis. In recent years, Samir Odeh-Tamimi has also closely collaborated with the Boulanger Trio and the Neue Vocalsolisten Stuttgart. The singers have since travelled to the composer’s birthplace and his parents’ home outside Tel Aviv in order to discover his musical roots for the premiere of a new piece for Stuttgart’s Eclat Festival.

Samir Odeh-Tamimi’s oratorio Hinter der Mauer (Behind the Wall), commissioned by the RIAS Kammerchor on the occasion of the 20th anniversary of German reunification, premiered in Berlin with performances following in Jerusalem and Dresden. The SWR Orchestra premiered his piece Gidim for orchestra and electronics, which deals with Sumerian death rituals and was composed for the quincentennial anniversary of the Reformation. In 2016, the Klarafestival in Brussels commissioned a new work as part of Pierre Audi’s staged version of Bach’s St. John Passion. The intermezzo L’Apocalypse Arabe I, performed in between the two parts of the passion, was based on texts by the Lebanese poet Etel Adnan, and was also performed in 2017 at the Muziekgebouw Amsterdam and in 2018 at the Opera Rouen. Samir Odeh-Tamimi is currently working developing the work into a full-length music theater piece for the Festival d’Aix-en-Provence, which will premiere in 2021.

The 2018/19 season begins in October with the world premiere of his viola concerto Šamaš by the Stuttgart Chamber Orchestra, and continues with revivals: the Ensemble Modern will perform Cihangir at Alte Oper Frankfurt, and at the Ultraschall Festival in Berlin, the DSO Berlin presents Rituale, a sort of compositional distillation of his engagement with Koran singing and Sufi music. Summer 2019 finds Odeh-Tamimi in residence at the Kulturakademie Tarabya in Istanbul.

The Berlin-based Zafraan Ensemble in cooperation with the RBB and Kairos recently produced a much praised CD of chamber music works by the composer, considered exemplary given the vital scope and intensity of their sonic language. Further recordings of his works have been published by WERGO. Samir Odeh-Tamimi was made a member of the Akademie der Künste in Berlin in 2016, when he was also awarded a German Music Author’s Prize by GEMA.