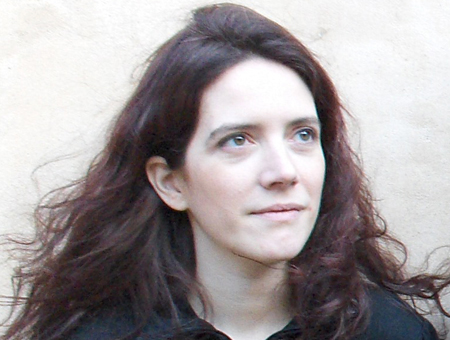 Raphaèle Biston was born in Lyon, France, in 1975.

She studied flute and composition in Lyon and Geneva. She also plays the flute as an improviser.

Her different musical pieces are concerned with recurrent preoccupations: the elaboration of the quality of the tone colour, in order to reveal its poetical potential, between noise and sound, sound and silence; the use of concrete instrumental gestures to initiate the composition, the writing of these gestures and the attitude of playing; the “to and fro” between structuring and intuition; the use of a variety of sounds, including the rough and fragile; the development of non tempered musical scales building universes that “seem” familiar; the play between the boundaries of familiar and strange territory; the meeting of nature and machine, mechanical and fluid, sensitive and insensitive; music that gives the auditor a bit of room to wander, yet maintaining a clear and constant purpose.