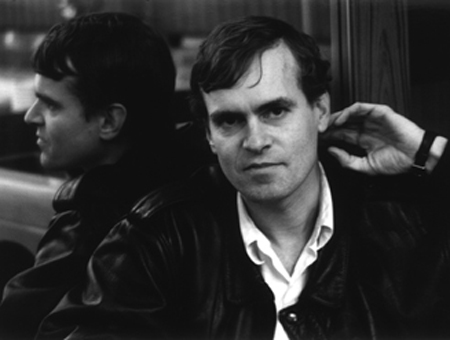 French composer born in 1948 in Rome, Philippe Hersant studied composition with André Jolivet at the CNSM in Paris, where he won the writing prize, while pursuing literary studies.

In 1970, he won the Nadia Boulanger Prize and went to the Casa Velasquez in Madrid as a scholarship holder, then in 1978 to the Villa Medici in Rome. He was awarded the Georges Enesco Prize in 1982 and the Prize for the best contemporary creation awarded by the SACEM in 1986 for his first String Quartet.

Then he received, among others, the Grand Prix Musical de la Ville de Paris in 1990, the Arthur Honegger Prize 1994 for his Concerto for cello & chamber orchestra, the Prix des Nouveaux Talents de la S.A.C.D. 1994 for his opera Le Château des Carpathes, which also earned him, that same year, two nominations at the Victoires de la Musique, the Prix de la Nouvelle Académie du Disque and the Prix du Syndicat de la Critique Musicale et Dramatique. In 1998, he was awarded the SACEM Grand Prix for symphonic music and in 2005 he was elected composer of the year at the Victoires de la Musique Classique.

His catalog includes about thirty pieces for orchestra, vocal music, chamber music and instrumental music, most of which have been commissioned. Among his works are Meandres (1981) for violin and orchestra, Missa brevis (1986) for 12 voices and orchestra, Pavane (1987) for viola, Nachtgesang (1988) for piano, clarinet, violin and cello, Melancholia (1989) for double bass, Elégie (1990) for string quartet

After the success of his opera The Castle of the Carpathians (1989-91), the voice became the center of the composer’s preoccupations; he wrote successively a cycle of melodies on poems by Hölderlin, Lebenslauf (1992), a work for a cappella choir on a poem by Leopardi, l’Infinito (1993) and the Psaume 130 (1994) for six voices, organ and viola da gamba.

As with Schumann, it would seem that Philippe Hersant exhausts all the resources of one genre before tackling another. The following period will mark a new taste for aphoristic pieces: Eleven caprices for two violins (1994), Eight pieces for bassoon and instrumental ensemble (1995), Five miniatures for alto flute (1995)… all these pieces have in common the brevity of the form and a concern for instrumental research (search for timbres, new sonorities, new modes of playing and attack). At the end of the 90s, he will devote himself to the orchestra and will be invited as composer in residence with the National Orchestra of Lyon, from September 1998.

The 2000s marked a return to the voice with Illuminations, for 4 horns and 8 male voices, on poems by Rimbaud, Stabat Mater (2002) for 10 voices and viola da gamba, Der Wanderer (2002) for male choir and chamber orchestra or piano,

Philippe Hersant’s music is a synthesis between tradition and modernity: drawing from the rich reservoir of the past, he reformulates it expressively in a language of today. His music is in the lineage of musicians such as Berg, Janacek, Bartok, but it is also heir to Debussy, Dutilleux or Ohana for its subtle orchestrations, its poetic climates, its introspective daydreams.