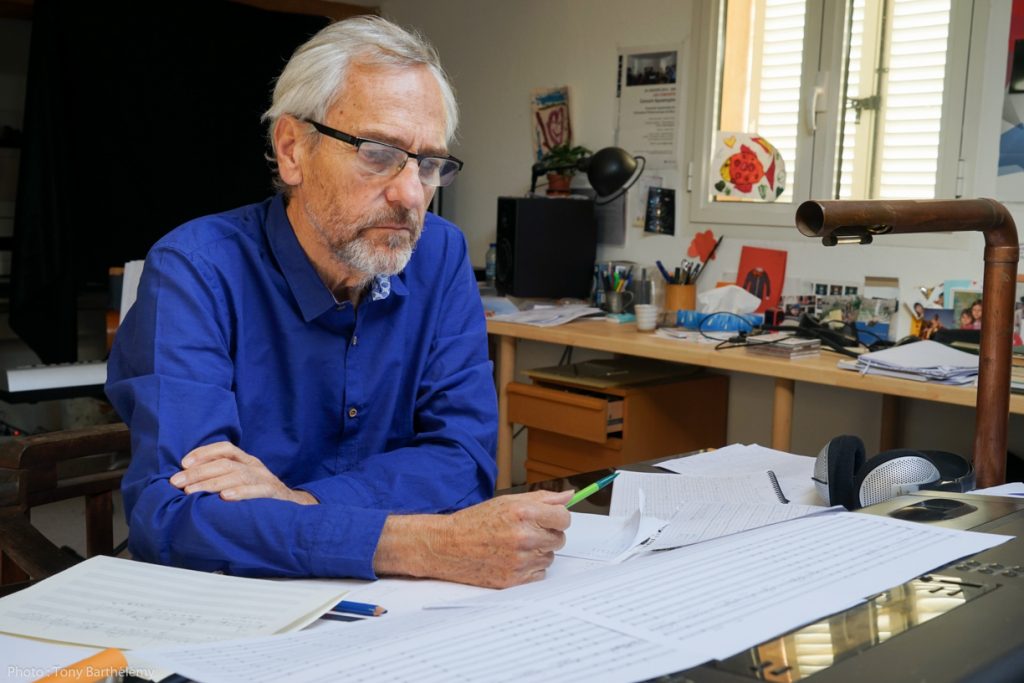 Patrick Marcland was born in Paris and did most of his musical studies at the Ecole Normale de Musique de Paris: classical guitar (with Alberto Ponce), harmony (with Alain Bernaud), counterpoint and fugue (with Ginette Keller), and finally composition with Max Deutsch. At the same time he composed for the theatre and the cinema and also worked as an assistant film director and musician for a theatre company. In addition, he attended Henrik Bruun’s conducting course and Claude Ballif’s analysis course as an auditor at the Paris Conservatory. He also studied computer-assisted composition and electro-acoustics during several courses at Ircam.

He has received the Georges Enesco Prize and numerous commissions from the State, Radio France, Ircam, and various ensembles and orchestras, including the Itinéraire, the Groupe Vocal de France, the Ensemble Intercontemporain, the Percussions de Strasbourg, the Maîtrise de Radio France, Musicatreize, TM+, Apostrophe, etc., the Philharmonie de Lorraine and the Orchestre National de France.

He has also collaborated for years with several choreographers, including Odile Duboc, Elisabeth Schwartz, Nadine Hernu, Sara Pardo, Susan Buirge and Laurence Marthouret, with whom he is developing a specific work on a common writing for dance and music, whose latest piece (Meltem) was created in 2015.

Finally, in March 2017, at the Printemps des Arts Festival in Monaco, he premiered Mazeppa, ou l’amoureuse échappée (1st part, in a concert version), a monodrama for soprano and instrumental ensemble on a libretto by Christophe Hardy, commissioned by the Festival, with Chantal Perraud, soprano, and the Ensemble C Barré from Marseille under the direction of Sébastien Boin. The complete version of this work is to be premiered during the 2018-19 season.