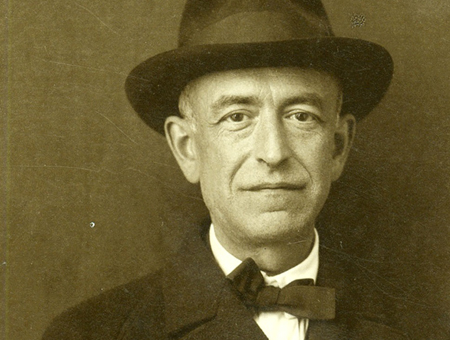 Manuel de Falla, (born November 23, 1876, Cádiz, Spain—died November 14, 1946, Alta Gracia, Argentina), the most distinguished Spanish composer of the early 20th century. In his music he achieved a fusion of poetry, asceticism, and ardour that represents the spirit of Spain at its purest.

Falla took piano lessons from his mother and later went to Madrid to continue the piano and to study composition with Felipe Pedrell, who inspired him with his own enthusiasm for 16th-century Spanish church music, folk music, and native opera, or zarzuela. In 1905 Falla won two prizes, one for piano playing and the other for a national opera, La vida breve (first performed in Nice, France, 1913).

In 1907 he moved to Paris, where he met Claude Debussy, Paul Dukas, and Maurice Ravel (whose orchestration influenced his own) and published his first piano pieces and songs. In 1914 he returned to Madrid, where he wrote the music for a ballet, El amor brujo (Love, the Magician; Madrid, 1915), remarkable for its distillation of Andalusian folk music. Falla followed this with El corregidor y la molinera (Madrid, 1917), which Diaghilev persuaded him to rescore for a ballet by Léonide Massine called El sombrero de tres picos (The Three-Cornered Hat; London, 1919). Noches en los jardines de España (Nights in the Gardens of Spain; Madrid, 1916), a suite of three impressions for piano and orchestra, evoked the Andalusian atmosphere through erotic and suggestive orchestration. All these works established Falla internationally as the leading Spanish composer.

Falla then retired to Granada, where in 1922 he organized a cante hondo festival and composed a puppet opera, El retablo de Maese Pedro. Like the subsequent Harpsichord Concerto (1926), containing echoes of Domenico Scarlatti, the Retablo shows Falla much influenced by Igor Stravinsky. Falla’s style was then Neoclassical instead of Romantic, still essentially Spanish, but Castilian rather than Andalusian. After 1926 he wrote little, living first in Mallorca and, from 1939, in Argentina.