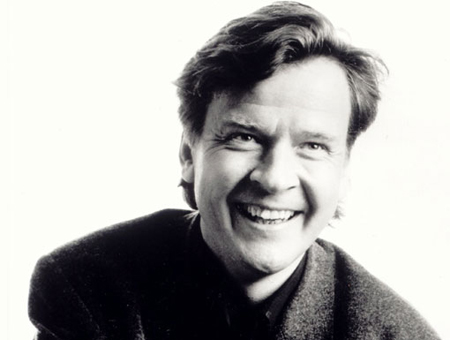 Magnus Lindberg was born in Helsinki in 1958. Following piano studies he entered the Sibelius Academy where his composition teachers included Einojuhani Rautavaara and Paavo Heininen. The latter encouraged his pupils to look beyond the prevailing Finnish conservative and nationalist aesthetics, and to explore the works of the European avant-garde. This led around 1980 to the founding of the informal grouping known as the Ears Open Society including Lindberg and his contemporaries Hämeeniemi, Kaipainen, Saariaho and Salonen, which aimed to encourage a greater awareness of mainstream modernism. Lindberg made a decisive move in 1981, travelling to Paris for studies with Globokar and Grisey. During this time he also attended Donatoni’s classes in Siena, and made contact with Ferneyhough, Lachenmann and Höller.

His compositional breakthrough came with two large-scale works, Action-Situation-Signification (1982) and Kraft (1983-85), which were inextricably linked with his founding with Salonen of the experimental Toimii Ensemble. This group, in which Lindberg plays piano and percussion, has provided the composer with a laboratory for his sonic development. His works at this time combined experimentalism, complexity and primitivism, working with extremes of musical material. During the late 1980s his music transformed itself towards a new modernist classicism, in which many of the communicative ingredients of a vibrant musical language (harmony, rhythm, counterpoint, melody) were re-interpreted afresh for the post-serial era. Key scores in this stylistic evolution were the orchestral/ensemble triptych Kinetics (1988), Marea (1989-90) and Joy (1989-90), reaching fulfilment in Aura (1993-94) and Arena (1994-95).

Lindberg’s output has positioned him at the forefront of orchestral composition, including the concert-opener Feria (1997), large-scale statements such as Fresco (1997), Cantigas (1999), Concerto for Orchestra (2002-3) and Sculpture (2005), and concertos for clarinet (2002), two for violin (2006 and 2015) and two for cello (1999 and 2013). Works also include Seht die Sonne (2007), commissioned by the Berliner Philharmoniker under Simon Rattle and the San Francisco Symphony, his first choral-orchestral work GRAFFITI, premiered in Helsinki in May 2009 and Era (2012) for the 125th anniversary of the Concertgebouw.

Lindberg was Composer-in-Residence of the New York Philharmonic between 2009 and 2012, with new works including the concert-opener EXPO premiered to launch Alan Gilbert’s tenure as the orchestra’s Music Director, Al Largo for orchestra, Souvenir for ensemble, and Piano Concerto No.2 premiered by Yefim Bronfman in 2012. He was appointed Composer in Residence with the London Philharmonic Orchestra for three years from the 2014/15 season, with commissions including Violin Concerto No.2 for Frank Peter Zimmermann. A new orchestral work, TEMPUS FUGIT, was commissioned by the Finnish Radio Symphony Orchestra to celebrate the centenary of Finnish Independence in 2017, and a setting of poetry by Edith Södergran, Triumph to exist…, was premiered by the London Philharmonic Orchestra and Choir under Vladimir Jurowski in 2018.

Lindberg’s music has been recorded on the Deutsche Grammophon, Sony, Ondine, Da Capo and Finlandia labels. In 2003 Lindberg was awarded the prestigious Wihuri Sibelius Prize.