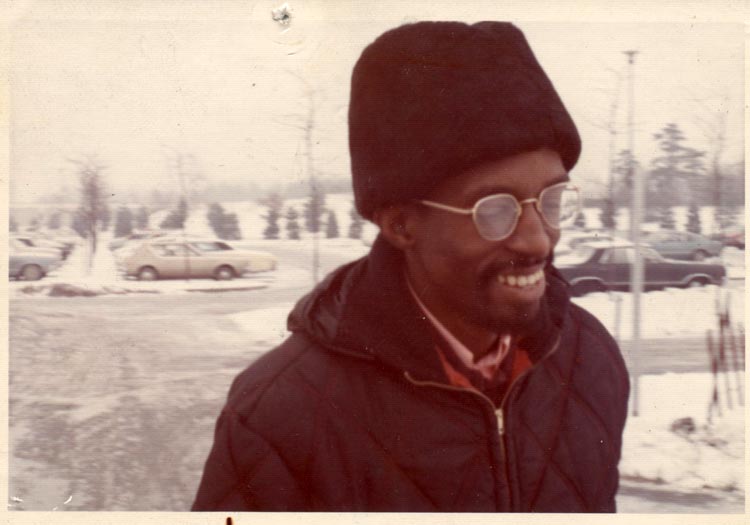 Julius Eastman is an African-American composer, singer, pianist, dancer and performer, born in 1940 in New York and died in Buffalo in 1990. A singular figure in modern American music, he is the author of a work that is at once explosive, militant, meditative, and even ritualistic, borrowing from and quoting classical, popular, and sacred music. His compositions go beyond the framework of the “minimalism” of the 1970s, as much by their formal inventions as by their open system of notation, renewed in each work, as by the political commitment they carry.

Since 2005, Julius Eastman’s works have been progressively rediscovered and interpreted, thanks in particular to the patient work of the American composer Mary Jane Leach and of New World Records, whose respective work of collecting and editing has brought to light the complexity of a work that was discreet during the musician’s lifetime.

Julius Eastman began singing at the age of 7 in an Episcopalian parish in Ithaca and began playing the piano at 14. He studied classical music at Ithaca College and composition with André C. Vauclain at the prestigious Curtis Institute of Music in Philadelphia. In 1969, he joined the Center of the Creative and Performing Arts in Buffalo, then an incubator of avant-garde music directed by Lukas Foss and Morton Feldman. He was hired as a composer, pianist and singer – he is indeed a baritone with an exceptional range and vocal ability. In 1970, he created in Buffalo The Moon’s silent modulation and Thruway, vast metaphysical oratorios, precursors of the multimedia aesthetic, mixing choirs, instruments, soundtrack, choreography and filmed images.
His first public triumph came in 1970 with Eight Songs for a Mad King by Peter Maxwell Davies, an opera in which he played the sole role of the mad king George III. He made a recording of it in London, the most striking testimony of his genius as a singer.
Also in 1970, with the Czech composer and flutist Petr Kotik, he founded the S.E.M. Ensemble, a chamber music group influenced by the subversive spirit of Fluxus, playing John Cage, Morton Feldman, Cornelius Cardew, Alvin Lucier, Christian Wolff or Earle Brown. For the S.E.M. Eastman composed, among others, Macle (1972) Joy Boy (1974) and Femenine (1974), which manifested more and more strongly his gay identity.
With the S.E.M. Ensemble and the Center of the Creative and Performing Arts, Eastman toured Europe a few times, notably with his piece Stay On It (1973), one of his most performed pieces, which marked a turn towards the minimalist trend and dance rhythm, mixed with a very personal diversity that strongly differentiates Eastman from Terry Riley or Steve Reich.
In June 1975, his “satirical, homoerotic and burlesque” interpretation of a page from John Cage’s Song Books caused a scandal and led to his departure from Buffalo to freelance in New York.
It is in New York that he composes in 1979 the three works of the “N*gg*r series”: Crazy N*gg*r, Evil N*gg*er and Gay Guerrilla. These manifesto works appeal as much to the deadpan humor of the African-American humorist Richard Pryor (That N*gg*r is crazy, 1975), as to a radical call to struggle. The trans-historical notion of resistance and struggle is noticeable in the construction of some passages of Gay Guerrilla, which quote Martin Luther’s Protestant hymn A Mighty Fortress Is Our God. This triptych is conceived with no indication of instruments, so it can be played by a variety of forces. Eastman pursues an ideal of “organic music” in which the musical elements imperceptibly transform and accumulate. The diversity of musical references is combined with a powerful dramatic effect, marking Eastman’s unique contribution to the “minimalist” trends of the 1980s. Eastman then created The Holy Presence of Joan d’Arc for 10 cellos preceded by a Prelude for solo voice, works that affirmed his mystical radicalism.

In New York City, by 1976, Eastman had become co-programmer and musical director, with composer Tania León and Talib Hakim, of Brooklyn Philharmonia’s Community Concerts, which were activist-oriented and focused on African-American and Latino artists. He also continued to collaborate with other creators of the Downtown Manhattan scene, including Meredith Monk (Dolmen Music, Turtle Dream), Arthur Russell (Tower of Meaning), choreographer Andy DeGroat… He multiplied the creation-performances at The Kitchen and improvised at the piano (The Zurich Concert, recorded).
In 1982-1983, a rupture seems to intervene in his life and his creation. Evicted from his East Village apartment, he lost a large part of his manuscripts. His creation becomes more and more scarce, despite Buddha (1984), Piano 2 (1985), and finally Our Father (1989). He died in oblivion in Buffalo, at the age of 49, in 1990.
However, Eastman left about fifty works, of which about thirty are accessible today. Since 2009-2010, his work has attracted increasing international interest. It is a great privilege to be able to access this singular and irreducibly beautiful work now.