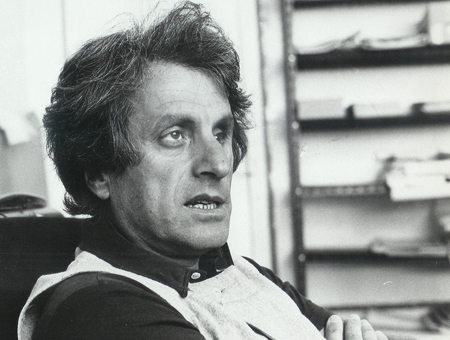 Composer, architect, civil engineer, Iannis Xenakis was born on May 29, 1922 in Braila (Romania). Resistance fighter in the Second World War, then sentenced to death, he was a political refugee in France in 1947 and naturalized French in 1965.

He studied at the Polytechnic Institute of Athens before undertaking studies of musical composition in Gravesano with Hermann Scherchen, then at the Conservatoire National Supérieur de Musique de Paris with Olivier Messiaen. From 1947 to 1960, he worked with Le Corbusier as an engineer and architect.

Inventor of the concepts of musical masses, stochastic music, symbolic music; having introduced probability calculus and ensemble theory into the composition of instrumental music, he was one of the first to use the computer for the calculation of musical form. A pioneer also in the field of electroacoustics, author of more than a hundred works for all formations, he appears today as one of the most radical figures of the avant-garde, having invented most of the compositional techniques characteristic of post-1945 music, but also one of the few creators whose vitality has never wavered, and who, moreover, has conquered a large audience.

Architect of the Philips Pavilion at the Brussels World’s Fair in 1958 as well as other architectural achievements such as the Tourette Convent (1955), he composed Polytopes – shows, sounds and lights – for the French Pavilion at the Montreal Exhibition (1967), for the show Persepolis, mountain and ruins of Persepolis, Iran (1971), for the Polytope de Cluny, Paris (1972), for the Polytope de Mycènes, ruins of Mycènes, Greece (1978), for the Diatope at the inauguration of the Centre Georges-Pompidou, Paris (1978).

He is Founder and President (1965) of the Centre de Mathématique et Automatique Musicales (CEMAMU), Paris; Associate Music Professor at Indiana University, Bloomington (1967-1972) and Founder of the Center for Mathematical and Automated Music (CMAM), Indiana University, Bloomington (1967-1972) ; He is also a researcher at the Centre National de la Recherche Scientifique (CNRS), Paris (1970); Gresham Professor of Music, City University London (1975) and Professor at the University of Paris – Sorbonne (1972-1989).