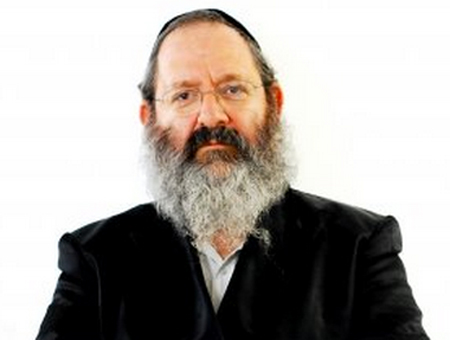 Gideon Lewensohn was born in Jerusalem in 1954. He studied at the Rubin Music Academy at Tel Aviv University with Andre Hajdu and earned his doctorate in conducting at the Peabody Conservatory of Johns Hopkins University in Baltimore. Additional studies with Sergiu Celibidache had decisive impact on his musical development. Lewensohn lives in Jerusalem with his wife and eight children and is mainly active as composer and professor of composition at Bar Ilan Univesity. His compositional work includes pieces for orchestra and chamber music as well as theatre music and electro-acoustic works.

Lewensohn received several commissions, among them the Odradek Quartet, (commissioned by the Friedman Foundation in Los Angeles) named after an enigmatic character from Kafka’s short prose. Odradek Quartet was awarded first prize in the international competition held by the Italian Academy of Arts in 2001. Shortly afterwards, his Piano Quintet received first prize in the ACUM composition competition. In the same year, he was invited to the Bavarian Academy of Fine Arts in Munich, where he was honored with a portrait concert of his chamber and electro-acoustic music. In 2002, he was composer in residence at the University of Witten/Herdecke. In Witten his orchestral work Meronian Echoes received its European premiere after its American premiere with the Cincinnati Symphony and James Conlon in 1999. Meronian Echoes will receive its Israeli premiere by the Jerusalem symphony in the 2015-16 season .In 2003 he was selected for a full concert of his music by the famous NDR series: Das Neue Werk.

His work ViolAlive was premiered in Munich and other German cities by Kim Kashkashyan and the Munich Chamber Orchestra in 2005. It is a musical theater project written for Viola, Percussion and 19 solo string players. For Lewensohn the piece evolves especially out of the relationship between the musicians and their musical and physical gestures within the musical space. ViolAlivehas since been performed in 2009 by the Stuttgart Chamber Orchestra and violist Gilad Karni who has recorded the piece with the Zurich Chamber Orchestra, the following year for Sony. Nouvel Ensemble Moderne (NEM) in Montreal hosted his works in two concerts in 2007. Lewensohn’s Quartet for Bruno Schulz for violin, clarinet, cello and piano, was commissioned and premiered by the 2008 International Chamber Music Festival in Jerusalem. His literary interest continues with TodeLied Nach Paul Celan for piano solo which was commissioned in 2009 by the Tel Chai international Master classes.

In the summer of 2014 the Carmel Quartet premiered a second string Quartet which was commissioned by the Rabinovichfoundation in Israel. The same year he completed another large music theater project Grand Recital, six musicians in search of Bruno Schulz, for violin clarinet, trumpet, and cimbalom, accordion and bass. This ECM project was premiered at the Oslo chamber Music Festival last August. A micro-opera Parabola Aquilence for singer and nine musicians, a commission of the French government, will be premiered early May by Ensemble C’Baree in Marseille. Currently he is working for the next season on a new commission, a clarinet Quintet, for the Santa Fe Chamber Music Festival in California where his Odradek Quartet will receive its American premiere this season.

Recordings of Gideon Lewensohn’s music are published by ECM label. The first CD has already been released (ECM New Series 1781 461 861-2). It was produced by Manfred Eicher and contains the piano quintet and the Odradek Quartet as well as Postlude for piano in two different interpretations. ViolAlive was released by Sony in 2011.