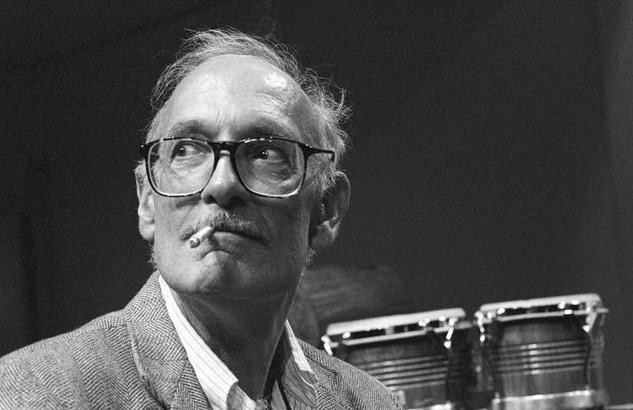 George Crumb’s reputation as an author of music with bewitching charms has made him one of the most frequently performed composers in today’s musical world. From Los Angeles to Moscow, and from Scandinavia to South America, festivals devoted to his music have sprouted like wild flowers. George-Henry Crumb, winner of the Grammy Award in 2001 and the Pulitzer Prize in 1968, still composes new works today that enrich the musical lives of those who immerse themselves in his profoundly humanistic art.

Born in Charleston, West Virginia, on October 24, 1929, he studied at Mason College of Music where he received his Bachelor’s Degree in 1950. Subsequently, he studied at the University of Illinois, Champaign-Urbana for his Master’s degree under the tutelage of Eugene Weigel. He continued his studies with Boris Blacher at the Hochschule für Musik, Berlin from 1954 to 1955. He received the DMA from the University of Michigan in 1959, after studying with Ross Lee Finney.

His early works include “Three Early Songs” (1947) for voice and piano, “Sonata” (1955) for solo cello and “Variazioni” (1959) for orchestra, which constitute his doctoral thesis. In the 1960s and 1970s, George Crumb produced a series of landmark pieces that were immediately taken up around the world by multiple soloists and ensembles. Many of his vocal works are based on the poetry of Federico Garcia Lorca, including “Ancient Voices of Children” (1970); “Madrigals, books 1-4” (1965-69); “Night of the Four Moons” (1969) and “Songs, Drones and Refrains of Death” (1968). Other major works from this period include: “The Black Angels” (1970), for amplified string quartet; “Vox Balaenae” (1971), for flute, cello and piano; “Makrokosmos, volumes 1-2” (1972-73) for amplified piano; “Music for a Summer Evening” (1974) for two pianos and amplified percussion, then his largest score: “Star-Child” (1977), for soprano and trombone soloists, antiphonal children’s voices, spoken men’s choir, bell ringers and large orchestra. Crumb’s most recent works include “Eine Kleine Mitternachtmusik” for solo piano (2001), “Otherworldly Resonances” for two pianos (2002) and a four-part song cycle, “American Songbook” (The River of Life, A Journey Out of Time, To the Mountains, The Winds of Destiny) (2001-2004).

George Crumb’s music often juxtaposes contrasting musical styles, drawing inspiration from traditional western American music and arts, hymns and folk music. Many of Crumb’s works contain symbolic, mystical, and theatrical elements, often reflected in his scores by a beautiful and meticulous calligram-like notation. A shy, yet warmly eloquent personality, Crumb left his teaching position at the University of Pennsylvania after more than 30 years of service. George Crumb’s music is published by C.F. Peters, and the series of recordings of his complete works supervised by the composer is published by Bridge Records.