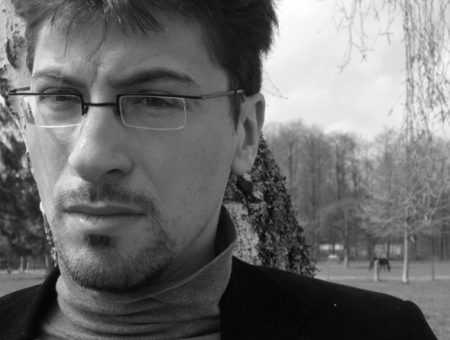 Italien composer and organist, born in 1973

Born in Pisa in 1973, Francesco Filidei graduated from the Conservatory of Florence and the Paris Conservatoire winning several first prizes. As organist and composer, he has been invited by the most important festivals of contemporary music, perfomed by orchestras such as the WDR, the SWR, the RSO Wien, ORT, RAI, the Tokyo Philharmonic and the Bavarian Radio, La Verdi, and by ensembles such as Linea, L’Itinéraire, EOC, Intercontemporain, Les Percussions de Strasbourg, Klangforum,  Musikfabrik, Recherche, London Synfonietta, Tokyo Synfonietta,  Ictus, Neue Vocalsolisten, at the Berliner and Paris Philharmone , the Suntory Hall and Tokyo Opera, the Theaterhaus Vienna, the Munich Herkulessaal, the Zurich Tonhalle among many others.

After obtaining a commission from the IRCAM Reading Committee in 2005, he was awarded the Salzburg Music Forderpreistrager (2006), the Takefu Prize (2007), the Siemens Forderpreistrager (2009), the UNESCO Picasso / Miró Medal of the Rostrum of Composers (2011), the Abbiati Prize (2015), the Charles Crow Academy award (2016).

He was composer-in-residence at the Schloss Solitude Academy in 2005, member of the Casa de Velázquez in 2006 and 2007, resident at the Villa Medici in 2012-13, fellow of the DAAD Berlin and composer-in-residence at 2e2m in 2015. He has taught composition at Royaumont (“Voix Nouvelles”), the University of Iowa, Takefu, the International Young Composers Academy in Tchaikovsky City, and at Darmstadter Ferienkurse. He has been appointed Chevalier des Arts et des Lettres by the French Ministry of Culture and he is currently Musical Advisor of the Fondation I Teatri of Reggio Emilia.

After his first Opera on Giordano Bruno, performed in Paris, Porto, Strasburg Caen, Milano, is working on a new Opera for the Opera Comique in Paris on a Novel by Zamiatine. His works are published by Ricordi from 2018.