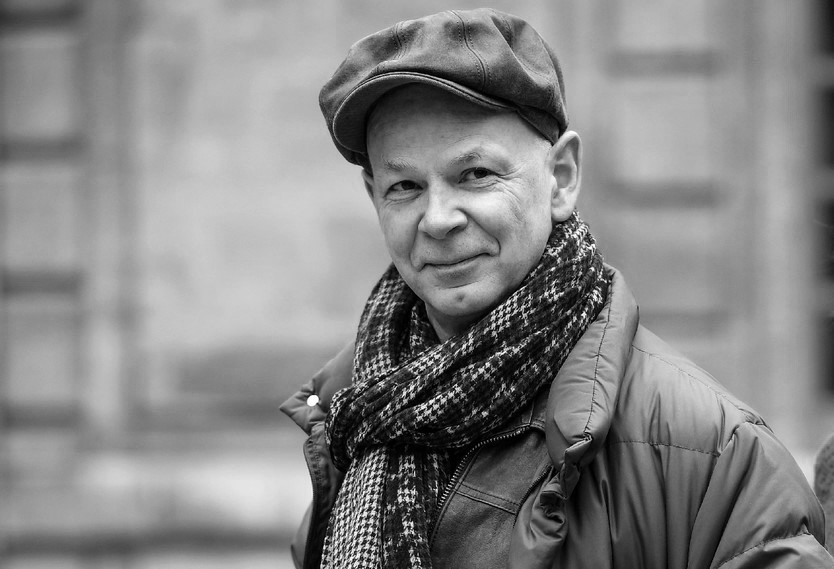 Stéphane Olry wrote and directed his first shows at the age of 16.
Under the influence of artists performing at the Usine Pali-Kao (an alternative venue where his company, then called Extincteur, stayed for two years), his shows integrated a dimension of rock, performance and dance.
At the beginning of the 90s, wanting to look at the world outside, he acquires a camcorder and makes videos of creation.
In 1995, he shoots Video Postcards in the Middle East with Corine Miret. In 1992, he worked for the first time as an actor alongside Jean-Marie Patte in L’enfant bâtard by Bruno Bayen at the Théâtre de l’Odéon.
Director with Corine Miret of La Revue Eclair, he writes, directs and performs with her shows based on investigations or testifying of life experiences.
Since Nous avons fait un bon voyage, mais, a lecture on a collection of found postcards, he has written a dozen shows with Corine Miret, performed in Paris, in the provinces and abroad.
Treize semaines de vertu, diary of his thirteen-week exercise to become virtuous was published by Editions de l’Amandier. Hic sunt leones, a tale imagined from a residence at the hospital for multi-handicapped children in La Roche-Guyon, was published by the same publisher. Its translation into English by Neil Bartlett was published by Editions Oberon.
Editions de l’OEil published three of his books in 2016: Create, it is to collaborate; Reading this unpunished vice and You will also forget Henriette.