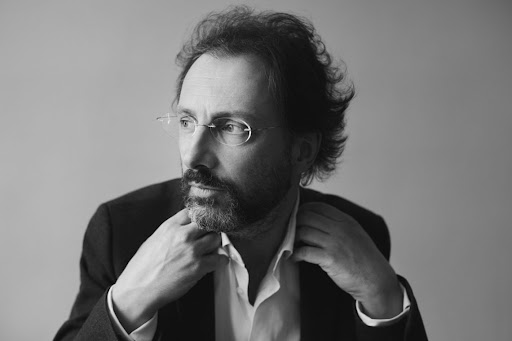 A tireless surveyor of the repertoire but also exploring new combinations including voice, percussion, performance or electronics, he dedicates much of his energy to contemporary music. He regularly plays with the Ictus Ensemble under George-Elie Octors, has collaborated with many composers of whom he premiered works, as well as with choreographers and visual artists.

Stephane Ginsburgh recorded CDs for Sub Rosa label (Feldman, Duchamp, Satie, Fafchamps). He recorded the world premiere of two pieces by David Toub for World Edition. His Prokofiev complete piano sonatas are released by Cypres Records. In 2018, Grand Piano/NAXOS published his recording dedicated to the world premiere of the “Bad-Tempered Electronic Keyboard”, a series of 24 Preludes and Fugues by the composer and writer Anthony Burgess. His most release for Kairos is “Piano Hero” and is included in album dedicated to the music of Stefan Prins.

After studying at the Conservatory, he worked with Paul Badura-Skoda, Claude Helffer, Jerome Lowenthal and Vitaly Margulis. He is a laureate of the Tenuto BRTN competition 1995 and has received the Pelemans Prize in 1999 from the Belgian composers union for his dedication in performing Belgian contemporary music. In 1998, Stephane Ginsburgh co-founded SONAR (previously le Bureau des Arts), an active group of artists dedicated to different types of artistic expression and creation including music, dance and literature. He teaches piano at the Royal Music Conservatory and at the Dalcroze Institute, both in Brussels.Stephane Ginsburgh holds a BA in philosophy of science from the Free University of Brussels (U.L.B.) and a DMA (PhD in the Arts) from the Vrije Universiteit Brussel en Koninklijk Conservatorium Brussel.​
Menu
Menu
Envelope Facebook-f Youtube Instagram Soundcloud