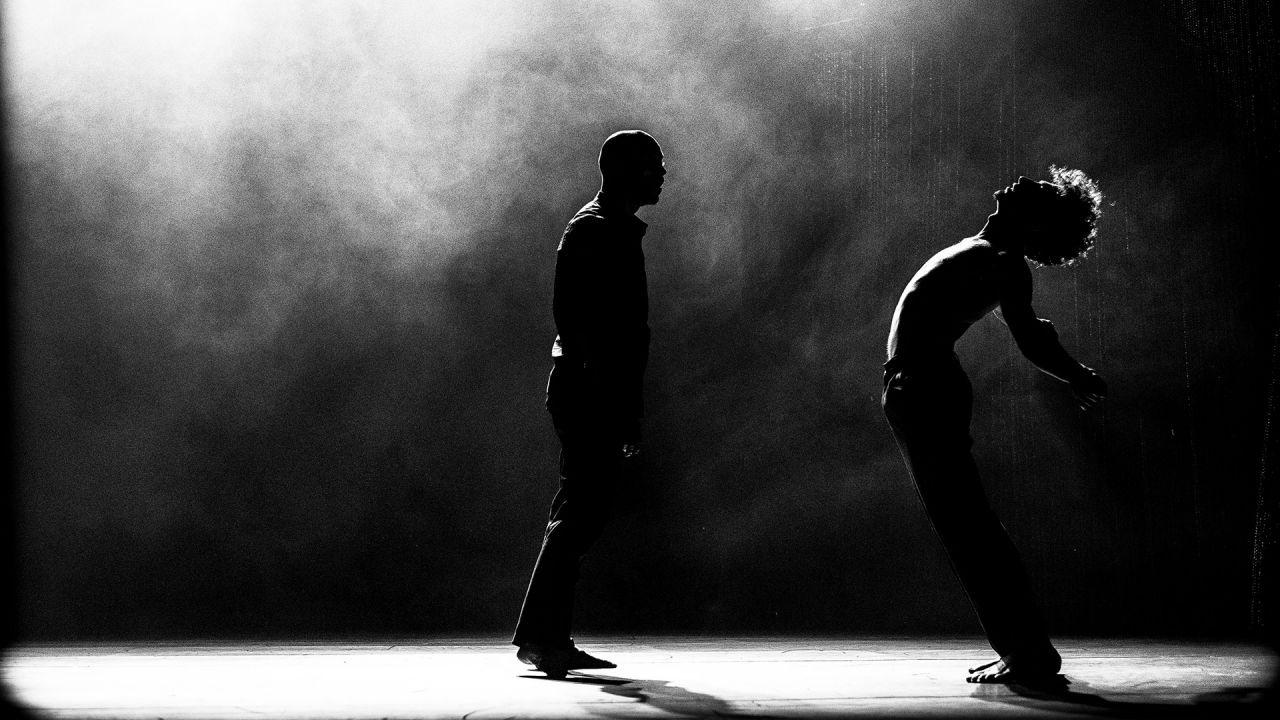 After training as a gymnast, Michel Kelemenis began dancing in Marseille at the age of 17. In 1983, he became a performer at the Centre Chorégraphique National de Montpellier with Dominique Bagouet and wrote his first choreographies, including Aventure coloniale with Angelin Preljocaj in 1984. He was awarded the Villa Médicis Hors-les-Murs in 1987 and founded Kelemenis&cie the same year. In 1991, he was awarded the Leonardo da Vinci Scholarship and the Japanese Uchida Shogakukin Fund. His career has been honored with 3 distinctions: he was named Chevalier in the National Order of Merit in 2007 and promoted to Officier des Arts et des Lettres in 2013.

His numerous pieces (more than 60, including about 40 for his company) are presented throughout the world. Among his most noticed works, the founding duet Plaisir d’Offrir -1987, followed by the solo Faune Fomitch -1988, the farewell program to Bagouet, Clins de lune -1993, Le Paradoxe de la femme-poisson -1998, 3 unpublished poems -2001, Besame mucho -2004, the ode to women Aphorismes géométriques -2005, the fable for young audiences Henriette & Matisse -2010, Siwa for Marseille Provence European Capital of Culture 2013…

In 2000, he directed the lyrical and choreographic drama L’Atlantide by Henri Tomasi at the Opéra de Marseille. He participated in the creations of the Festival d’Aix-en-Provence, in 2003 with Klaus-Michaël Grüber and Pierre Boulez, and in 2004 with Luc Bondy and William Christie.

In 2007, Michel Kelemenis tried his hand at storytelling, notably with creations for young audiences and the commission of Cinderella by the Ballet du Grand Théâtre de Genève.

Regular missions, supported by the Institut Français, for the benefit of French cultural services in Krakow, Kyoto, Johannesburg, Los Angeles, India, Korea and China, have given rise to training, creation and exchange projects, always on a bilateral basis, with artists of different expressions and foreign companies. Its long and uninterrupted cooperation with South Africa since 1994 led in 2010 to the creation of the CROSSINGS training program, open to young choreographers, dancers, musicians and lighting designers of more than 10 nationalities.

On December 10, 2007, after 10 years of running the Studio/Kelemenis, the City Council of Marseille validated an architectural program conceptualized by the choreographer. KLAP Maison pour la danse, a 2,000 square meter facility dedicated to choreographic creation and culture, was inaugurated on October 28, 2011. Immediately, KLAP amplifies Kelemenis&cie’s fundamental actions around the beating heart of creation: hosting companies, sharing artistic education and choreographic culture. The act of creation is thickened with new forms to integrate new fields: