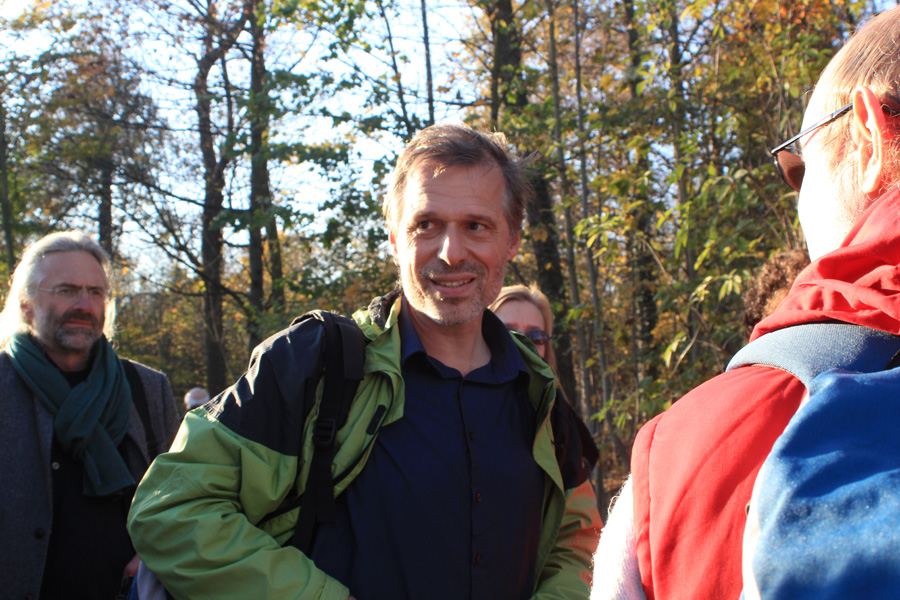 Artist-walker, Hendrik Sturm is fascinated by “the landscape in movement”, by the way it reveals itself during the walk. We followed him during a walk in the Bois de Vincennes organized by the Théâtre de l’Aquarium for the play Les Arpenteurs, directed by Stéphane Olry. He made us follow a finely elaborated itinerary whose path was thought as a report of the numerous wanderings he had previously practiced during three months in the park. “I give priority to space” he explains, “I try to capture everything”. The course of the walk testifies to a particular sensitivity to the approach of places: a conduct on the lookout for traces, clues testifying to the past but also contemporary life of the wood. On several occasions, he invites the group to slow down, to stop, in the brush or off the path on these places that contain these traces and then gives us keys to decipher them, to instruct them.