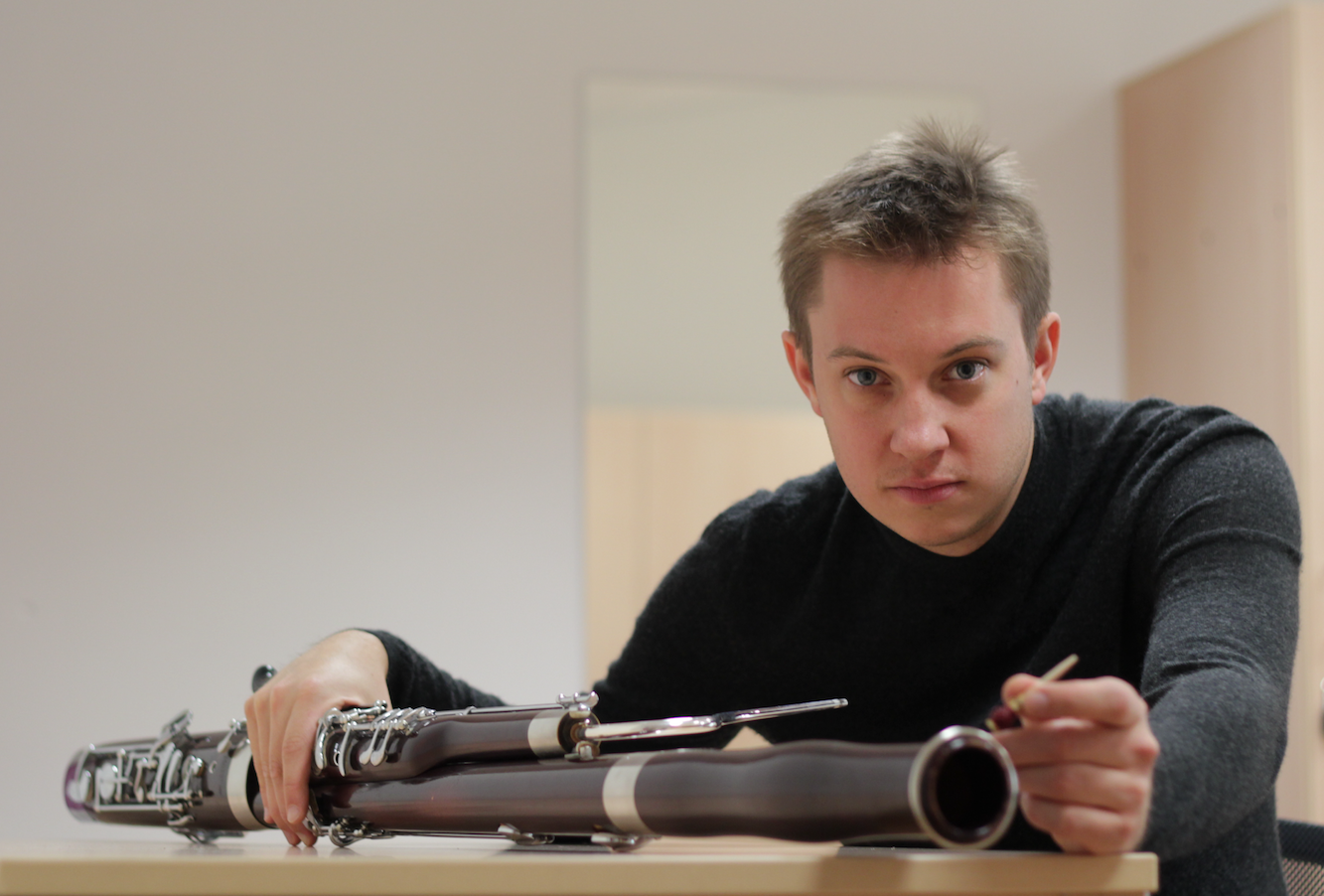 Médéric is a graduate of the CRR of Lille in bassoon, harpsichord, chamber music, early music and writing.

In 2003, he was admitted to the CNSMD in Paris in Marc Trenel’s class and in 2007 he was awarded a prize for German bassoon and chamber music, while continuing to enrich his training with the practice of baroque bassoon and Gregorian chant. He then joined the cycle of advanced woodwind concertist in the classes of Gilbert Audin and Lionel Bord before completing in 2010 a Master Orchestra at the HEM in Geneva with Alfonso Venturieri.

Médéric will have the opportunity to play regularly as a soloist (Mozart’s bassoon concerto with the orchestra of the CRR of Lille, Pleyel’s concertante with the CNSMD Laureates Orchestra, etc) and to record in 2008 Hummel’s Grand Concerto for bassoon with orchestra.

Parallel to these studies, he obtains in 2005 a position as bassoonist in the Gendarmerie Mobile orchestra, and plays in 2012 as principal bassoon in the Ulster Orchestra (Northern Ireland). He performs regularly with the most prestigious ensembles such as the Orchestre de la Suisse Romande, the Orchestre de Paris, the Opéra National de Paris, the Orchestre National Bordeaux Aquitaine, etc… under the baton of the greatest conductors.

Médéric is fully committed to the creation and dissemination of the contemporary repertoire. He is a member of the Multilateral Ensemble, the C Barré Ensemble and works with the Cairn Ensemble, Musicatreize and 2e2m.

Passionate about teaching, which nourishes his career as a performer on a daily basis, he holds the Certificat d’Aptitude and has been teaching since 2012 at the CRD of Bourg-la-Reine/Sceaux.